Calvin27 said:
, because it beats me wastinga few hours a day browsing RB and figuring out what bike bits to buy.
Click to expand...

someone better not tell @moorey boss about this,

What’s the obvious weakness in this analysis/conclusion/news?

This analysis is a month old, I dare say things have only got worse since: 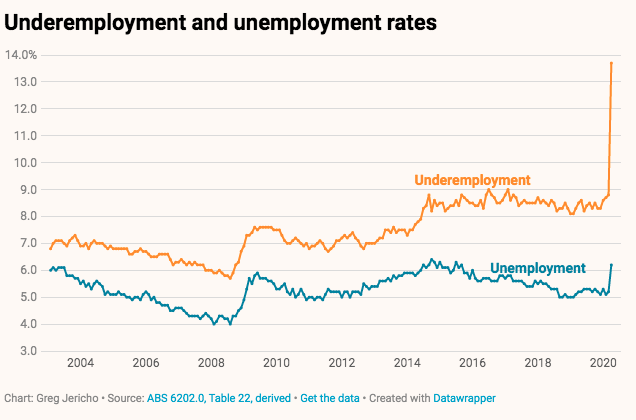 The entire economy is in a very, very weird place right now: 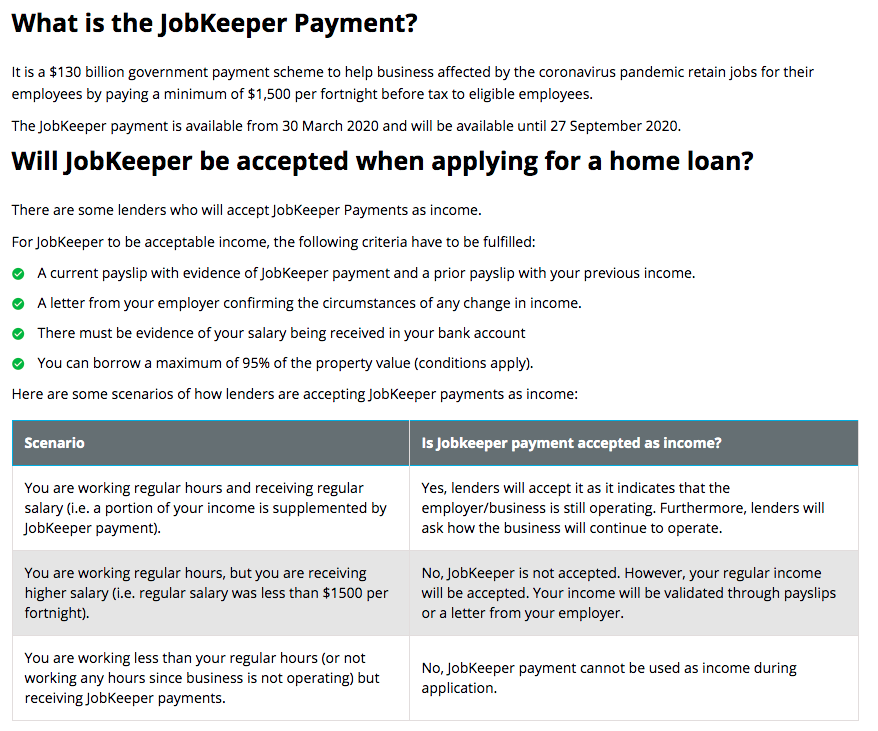 just saw the catholic priests were getting jobkeooer, and 1 diocese told them to donate most of it back to head office, churches screwing people again

On a slightly different, well very different note
I see Hertz shares are popular at the moment
Seeing as the company itself said they will be worthless in the not too distant future
Are people stupid with their money or am I missing something?
It's intriguing

edit ... Retail spending up with easing of retrictions ... der

Underemployment has been a topic of the left for several years now ... without any real solutions to it other than ... blame the EVIL Corporates, EVIL Business ... and like clockwork the small % of evil business operators and corporate elites just walk into it with scandals of ripping employees off or laying people off to save bonuses and short term profits ... but really WTF is Australian Leadership doing about it ???

Be interesting to see what you all think are the solutions to underemployment.

LNP wont do anything to help.
The business likes the gig economy because it disempowers employees.
I think so many jobs these days are rubbish that we may as well get used to underemployment as the new norm.

Nerf Herder said:
Be interesting to see what you all think are the solutions to underemployment.
Click to expand...

Underemployment is a symptom of not enough jobs because we have largely automated and mechanized production. Instead of telling people we have to do bs jobs (there are lots of those) just take the existing jobs and divvy them up. Only way to do this is to reduce the expectation of employment contribution.

Calvin27 said:
symptom of not enough jobs because we have largely automated and mechanized production.
Click to expand...

Adding to this thread as it seems relevant to @Nerf Herder's original intent. Couple of recent Aunty articles on how we look forward economically:

https://www.abc.net.au/news/2020-06...navirus-but-risks-an-economic-own-go/12400524
(TLDR - Gratton Institute argues govt shouldn't be focused on balancing the budget over borrowing to support the economy)

RBA chief from the second article:


"We can borrow to build the bridge, but we can't borrow to address a slower growth world."​
Instead, Dr Lowe again urged policymakers to use the crisis to make long-term changes that might enhance productivity and economic growth.​
"What we can do is reform," he continued.​
"And the list of areas where we should be doing reforms is well known: they include tax, infrastructure, human capital, industrial relations, regulation, entrepreneurship and R&D [research and development].​
"If we don't address those areas then I think we'll just meander along with kind of mediocre growth."​
​
Regardless of how everyone is faring personally, it's clear the country as a whole needs to start charting a new course to survive economically. Does anyone else think that the rise in globalisation that's occurred since the late 1960's has come to an end, with COVID-19 the final nail in the coffin? Before the pandemic there was Brexit, and Trump's America-first campaign. Then there's the overdependence on China; a lot of countries are now probably a lot more wary of the CCP's "we're the nice guys" propaganda as the extent of their pernicious tentacles of influence become more apparent. FTA's aren't worth a pinch of shit where they are inequitable (or ignored) and global organisations still operate with regional business models that allow them to avoid tax, exploit workers in poor countries and shaft consumers with overinflated prices in wealthy countries for maximum profit.

Despite those sectors of the economy that are stuffed due to the pandemic, like airlines and tourism, there has been resilience in other areas which has combined with our solid response to COVID-19 to lessen the impact... thus far. But what now? Short term - keep up the extra social support measures to buy some time to plan? Medium term - replace the holes in the economy and job market left by the reduction in international visitors & trade? Long term - a new vision of Australia as a more self-sufficient nation, fuelling our economy with self-consumption and built on sustainable foundations - no more population growth pyramid scheme, no more profits over environment, no more tax breaks for big business? I fear this isn't the mindset in Canberra or at the RBA.

Have a read of this - even just the first section:

Insurance aspects - The critical issue is the impact that a hurricane in the New York region would have. Potentially the cost could be 1 trillion dollars at present, rising to over 5 trillion dollars by mid-century. Although much of this would be uninsured, insurers are heavily exposed through hurricane insurance, flood insurance of commercial property, and as investors in real estate and public sector securities.

Insurance aspects - The potential scale of drought losses could abort the initiatives to extend insurance more widely into the rural sector. The wider repercussions of drought through an economic slow-down and deterioration in public finances would impact insurers strongly, through the liquidation of private savings and the impairment of investments in public sector securities.

Insurance aspects - Insurers would be directly affected by the economic effects of drought in the region i.e. an economic slow-down, and deterioration in public finances. The impacts on natural forests would be less material, since markets in natural carbon and biodiversity are unlikely to be significant for some time, and the drought risk will become evident during that period. In a broader sense, drought could incentivize investment into other forms of energy, e.g. solar power.

Insurance aspects - Insurers are now alert to wildfire risk in the region. The most serious aspects of the tipping point for insurers would therefore be the indirect ones, i.e. economic and labour market disruption and a deterioration of public finances. On the positive side, investment in water management and alternative energy could provide opportunities for fund managers.
Click to expand...

The currently insurable would become uninsurable. Risks would be born by individuals.

We are walking into the unknown - trying to plan an economy with such substantial baked-in fundamentals has never been done before.

Nambra said:
Long term - a new vision of Australia as a more self-sufficient nation, fuelling our economy with self-consumption and built on sustainable foundations - no more population growth pyramid scheme, no more profits over environment, no more tax breaks for big business? I fear this isn't the midset in Canberra or at the RBA.

I pretty disheartened with the messaging coming out of canberra, there appears to be very little appetite for fundamental changes on the table. In fact it looks like the gov wants to supercharge the already unsustainable ponzy parts of the economy. That idiotic houseprice keeper /renovation keeper scheme is a perfect example.
I have watched week after week of Q and A where they all these futurists and big thinkers discussing how we can shape the post covid Australia.. But if you listen to Canberra there is zero big thinking, just the same shit mutipled.
Bringing in international students is a perfect example, this has as much to do with education as it does supporting house prices, developers and hospitality/gig low paid work..

Fundamental change is the enemy most lobbyist agendas...

Agree with most of the above the Govt in Canberra is too lazy, conservative and lacks vision so no hope of reform.
Lead by Smoco appearance more important than substance.
Coronavirus effects will go on much longer than people realised so economy is stuck in reverse gear.
Underemployment here to stay.

surely we are a long long way from stagflation ... so Surely this is the best time for the RBA to rubber stamp everything the govt wants to do.

meh ... if only I was dictator for a day

All the negative news is really making it hard to keep my positive outlook...

had a good chat to a family friend and he gave me some perspective on trickle down... basically all these hospitality, personal fitness and other service industry jobs (Uber eats, cleaners, etc) are a direct result if trickle down or those with disposable incomes funding service industries.

never thought about it that way.

DeBloot said:
On a slightly different, well very different note
I see Hertz shares are popular at the moment
Seeing as the company itself said they will be worthless in the not too distant future
Are people stupid with their money or am I missing something?
It's intriguing
Click to expand...

Nerf Herder said:
basically all these hospitality, personal fitness and other service industry jobs (Uber eats, cleaners, etc) are a direct result if trickle down or those with disposable incomes funding service industries.

never thought about it that way.
Click to expand...

Discretionary spending is a bit different to trickle down theories. Also all of the industries you mention are low income (or worse) and instability.


Nerf Herder said:
All the negative news is really making it hard to keep my positive outlook...
Click to expand...

Buy in gloom, sell on boom!