Can someone point me in the right direction?

My enduro has a crack in the frame and the current availability of bikes in the world I figure it's time to start looking for a new frame/bike as getting something may take quite some time or might require a a quick decision to purchase.

I have a hard tail for tame riding and a barely used Glory for big big hills. I have no idea what to get for the in between bike. I probably don't need a 160/170 bike but can a shorter travel bike bail me out when the skills run out.

Riding is mostly bike track, Lysterfield and Silvan with very occasional trips to the You Yangs and Red Hill. I enjoy riding in the alpine areas i just haven't been there in a long time and with 4 year old that isn't going to change soon. I am 6' 2" and even at my best I am over 1000 kg plus gear and my skill level makes me reasonably hard on bikes.

I think I would prefer an alloy bike. At least with those i don't have to think about the threaded metal bits becoming loose in the frame.

The build on current bike is pretty good (fox 36 with smashpot, 11 spd XT and some carbon wheels (ok, zelvy and 142 rear) so a frame only is a reasonable option. Given the PF30 BB on the enduro I will need at minimum a new frame and cranks maybe a boostinator for the rear wheel.

Banshee - Rune or Spitfire
Transition - Scout / Patrol - quite expensive
Revell Rail - i don't have Felix's skills and it is a lot of cash for a frame alone (but cheaper than the Scout).
Nukeproof - Mega or Reactor

That gives me options ranging from 3K to 5K. That seems like a lot of money for "half a bike". Should I be looking at a whole bike and swap out the XT drive train on a full bike and sell the SX/NX/GX bits and all the left overs from the enduro?

I'm kinda freaked by the new geometry and find it hard to relate the geo numbers to my current bike. I'm comfortable with the current seat position but it feel like it could be longer when standing - how much longer I have no idea.

Maybe I'll just go ride my bike till the something happens - either to my bike or the world around it.

E bike or give up the cake!

I have been really impressed with my transition scout. It is a great trail option and has been really stable on the various obstacles presented by my local trails and mostly comfortable in the air. For the last couple of weeks it has also been a great commuter. I haven't taken it out to the quarry of doom yet, but will one day...I hope.

I love robust short travel dual suspension bikes for fucking around on. I miss my old pivot m4x! Stiff well designed frames are playful + responsive, and a lot of fun to send. I was trying to decide between the Scout and the spitfire. @Ultra Lord has/had/likes both of said bikes and gave me some great insights to both.

Wasn't asking to be banned

Art Vanderlay said:
E bike or give up the cake!
Click to expand...

It's going to have to be a fusion-powered ebike

I do your choices though. Complete is nice if building yourself. I’m never a fan of what comes spec’d on new bikes for the money, and would swap a lot anyway.
Have you also considered a privateer? Complete bike for Transition frame money
M

slowmick said:
I'm kinda freaked by the new geometry and find it hard to relate the geo numbers to my current bike. I'm comfortable with the current seat position but it feel like it could be longer when standing - how much longer I have no idea.

Maybe I'll just go ride my bike till the something happens - either to my bike or the world around it.
Click to expand...

As someone who just went through the same fun of replacing a broken bike during a pandemic I feel your pain.

geometrygeeks.bike was a godsend for comparing the geo of my existing bike against potential opinions. New bike still feels quite different to old, but static geometry was pretty close so it definitely helped.

As for when to jump, it's a crapshoot. I went with a complete build as like you I found the frame only options not terribly cost effective, but this likely was partially the cause of my ~2 month wait. Worst time to be in the market since the Spanish Flu!

These framesets are available for ~$2,100 - 2,250 landed. Not many oitside the UK but they are very well made and designed. Lifetime warranty too. You would definitely getting your feet wet with modern geometry though. 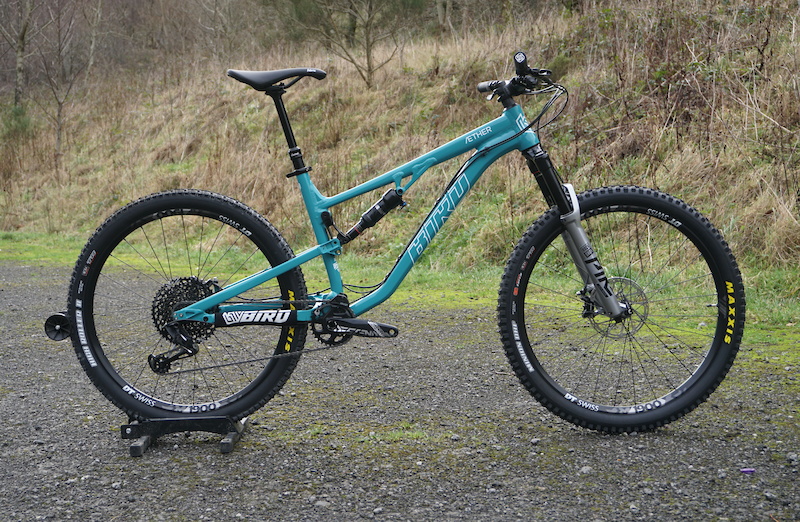 Has Bird just created the best value enduro bike for under £2,000?

Bird is one of the first to offer builds with SRAM SX Eagle and RockShox 35 forks
www.bikeradar.com

If you have the running gear and given current supply conditions across components ... frame + swap over is going to be easiest, fastest and ultimately cheapest way forward.

ive noticed an increase in traffic as we have stock and there seems to be a few people in your situation. Cracked frame replacements ...

Re Rail
Try one ... I know somebody that can make it happen.

A V3 Rune frame for $3,700 doesn't look bad in today's market, especially if that X2 is a Performance Elite version(?)

Asininedrivel said:
A V3 Rune frame for $3,700 doesn't look bad in today's market, especially if that X2 is a Performance Elite version(?)

Was pretty close to going with the Rail....

Mods, slowmick needs a new sig. I think he eats more than squid

madstace said:
+$200 for the dropouts, which just seems rude.

Was pretty close to going with the Rail....
Click to expand...

The Reverend said:
Really? Damn, I remember them being ~$100 only 2 yrs ago
Click to expand...

I could easily have that wrong, but I did think it was definitely north of $100. Even then, I get that might be the price for replacement ones, but seems like it should be an "included with" on a new frame. Nitpicking I know.

Or just a very large amount of it.

Thank you for my new sig mod team - goes well with my user name.
H

This just appeared on Fakebook.

I am on a mid travel 29er GT sensor. I went new and upgraded from the get go. So next time I am looking at frame only and do the build. The new geo for me means that the rear wheel gets more of a beating as I do push it a bit on trails I use to ride a bigger bike on.

what are you trying to say ? maybe try plain english...the capital letters and dot thing also gave me confused
D

Halo1 said:
This just appeared on Fakebook.
Click to expand...

on the ibis;s local guy bought one after cracking his nicolai - loves it, let a mate borrow it, guy had gt duallie, 130 pike anthem, something else - i saw him on the trail w the ibis - told me he finally gets it, with a formula fork said it’s the most front wheel traction he’s ever had and has been therefore able to go faster - didn’t want to give it back , said it just flows through trail
You must log in or register to reply here.
Share:
Facebook Twitter Reddit Pinterest Tumblr WhatsApp Email Link
Top