Box rims on Purple Profile elite up, all ti, and Prototype 20mm Alius front hub. Elite crankset with Ceramic bearings, same in the headset etc. Box/odi mount lever, promax brakes (will be changed to box when i can get them) Alius bars, stem, fork and post. 7.1kgs

light and stiff, just how you want it

Here's some of mine

ELF Doublecross XL -this was stolen in march

Specialised Vegas - for sale $400 posted to your door New Cult CC02 for when not riding my mtb

i collect old school bmx. i think there are probably a few on here that would
Last edited: Dec 16, 2014
L

Here is a photo of my bmx, never had one before so its an old junker. Donated by a skip bin. It has no chain but took it to the local s/park anyway. Fark me they are a total different thing to mtb, shouldn't have bagged them for so many years, just thought they were a kids thing. Bet it's going to be more fun with a chain:biggrin1: I recon it should help make me a tricky rider, at least passable. Shall start to recond the paint and such on Saturday
FRAME : gt
FORK : haro
WHEELS :weinnman 2014 Verde Radia. First bmx I've owned since i was a teenager (well except the Goose Pro Expert I found in hard rubbish which is in bits and awaiting resto.)

Needed a bit of love before it was rideable but going like a champ now. Will change the 8" bars to 10" shortly though. Bit hunchbacked atm.

Mine, Something not as common in Australia. 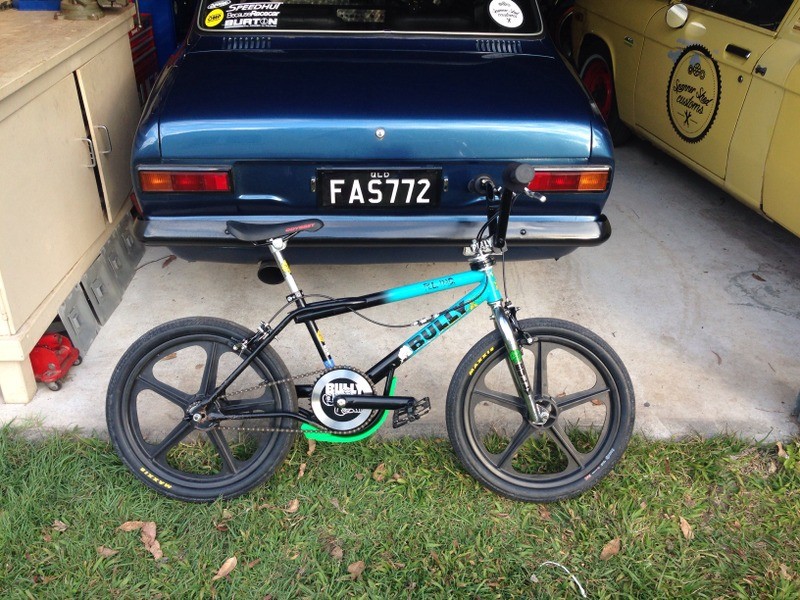 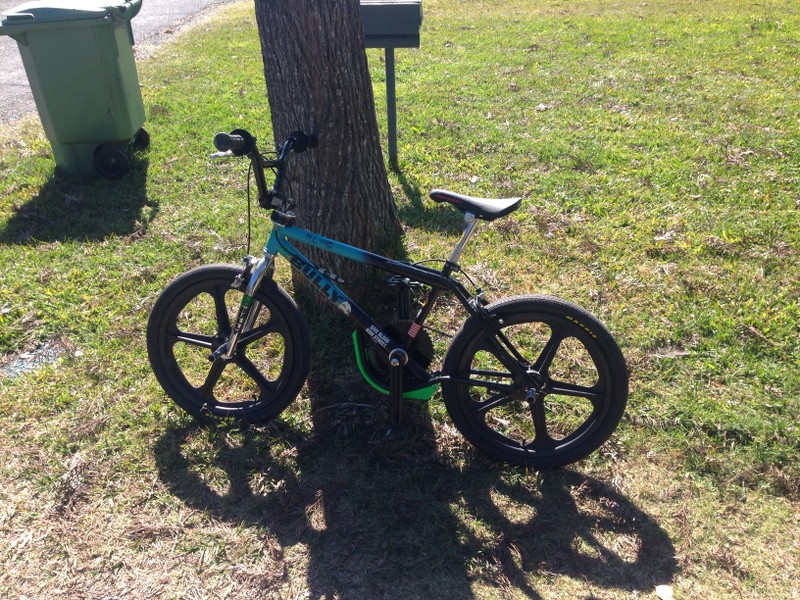 Sold the Forgotten today, on the lookout for something else now. 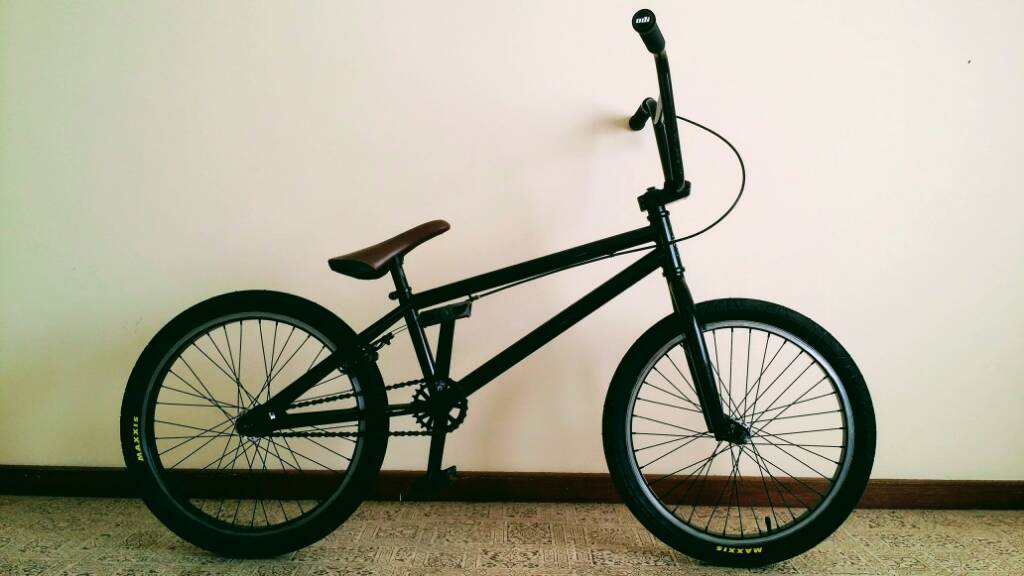 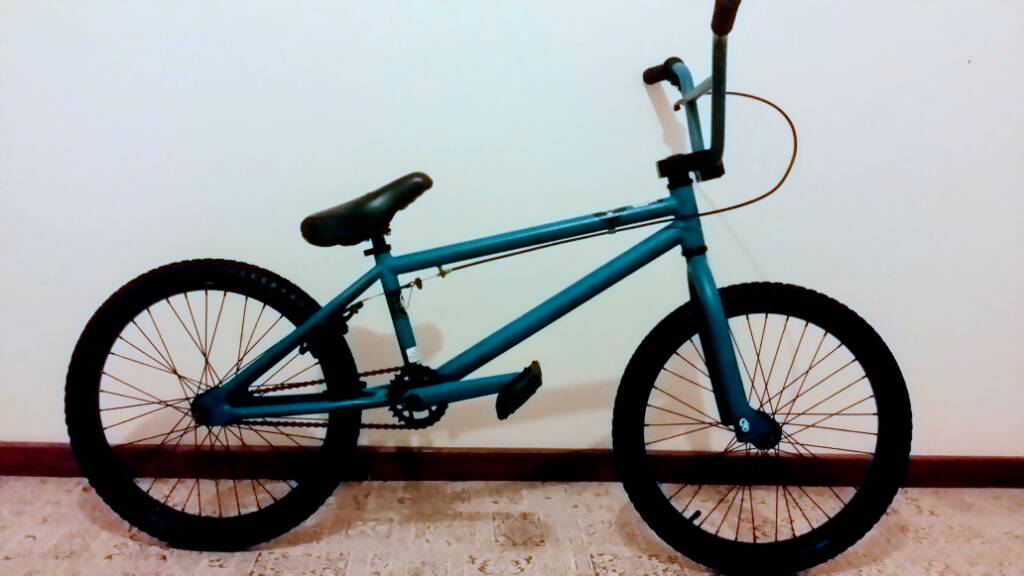 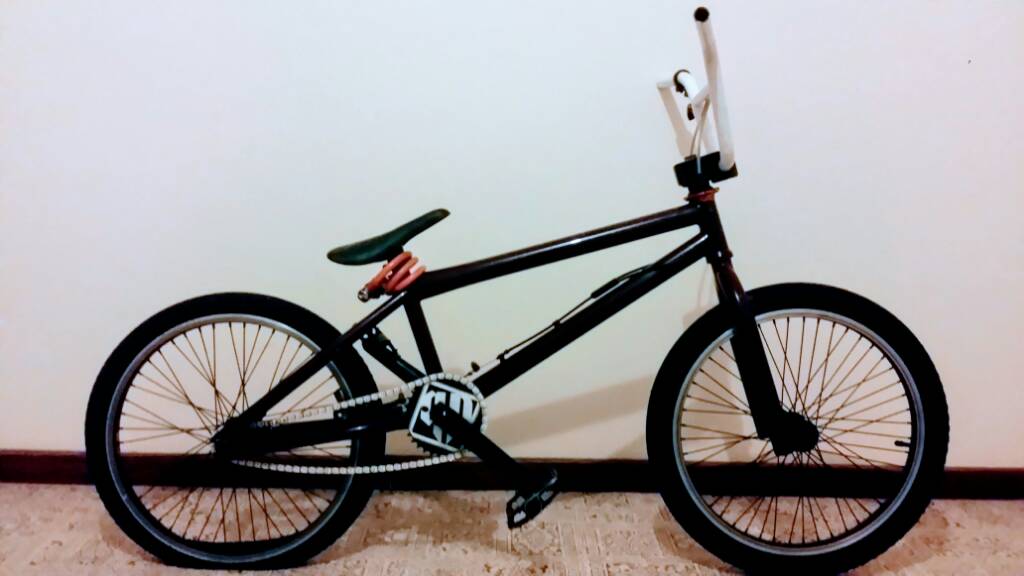 Sent from my SM-N9005 using Tapatalk

Sunday wave 2 with nothing but odyssey parts.
Was a strictly prebuilt bike
Dont have photos of my last sunday (ian shwartz pro model) got custom bike of the year in 2007-2008 one of the two.

My last ever bmx was a premium with all premium parts

Still can beat the sundays for street tho

3rd photo was the Melbourne libary

4th photo was the big rail at dandenong skatepark

6th photo was at the melbourne exhibition building rail

Just moved this baby on after having it in my possession for only 12 months or so.
GT Mach One Pro.

Only purchased for the Era Specific GT 'Wings' tyres, for my other GT, a Chrome Interceptor (swapped by the time I got around to this shoot).
She did have a few scuffs when I picked her up, but for the love of GT's she did get a few rides around the local BMX track.
I tried to keep her pretty stock and well maintained so someone could ideally have an 'as new' bike and bring back some memories. Luckily it was purchased by a local enthusiast who also had an earlier GT that was given up in the path of Adulthood. So I should still see it being ridden around the local by his son. 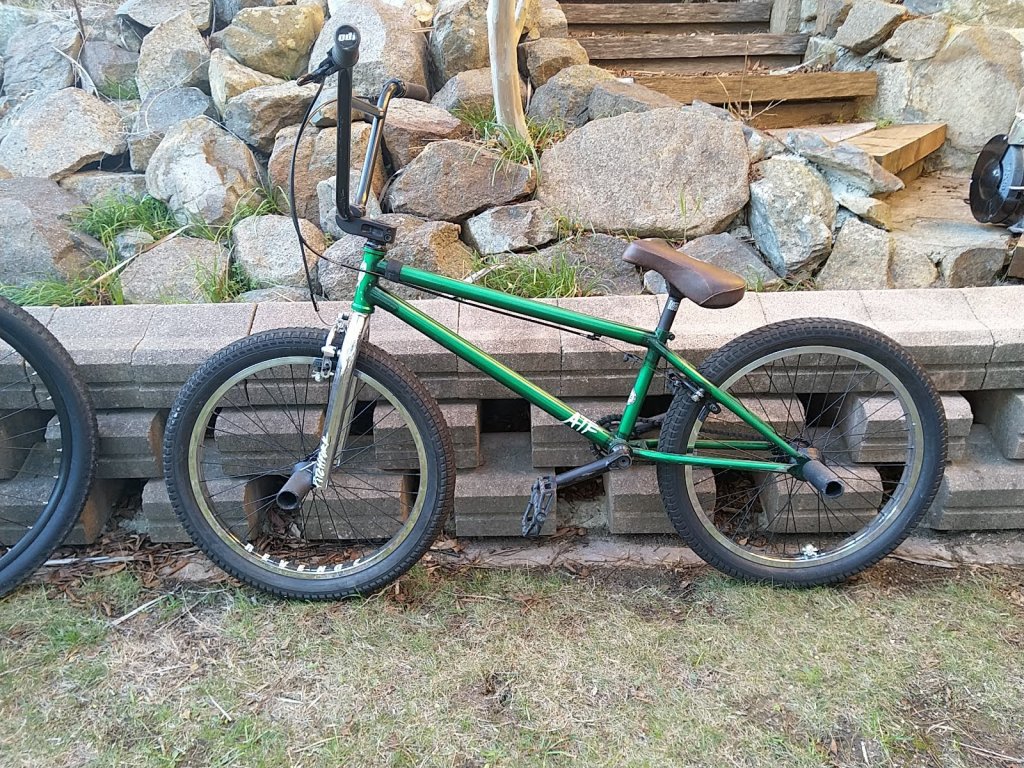