hifiandmtb said:
We all need to lead.
Click to expand...

But we'd prefer to be lead.

I believe it just comes down to the FF interests wanting to buy time...

There are many more movies in the FF franchise...you have been warned.

Someone in NZ said that Australia really is at a disadvantage being able to dig up endless resources to keep the economy going.
I can see what he meant, in that it is stifling change and creativity.
Really we should be a world leader in renewables having resources, lots of space and distance from the grid , sun and wind .
The uptake of domestic and commercial solar panels is amazing 40-50% where I live but electric cars and tractors are hampered by distances and recharging facilities .

silentbutdeadly said:
But we'd prefer to be lead.
Click to expand...

We sure are heavy.

pink poodle said:
We sure are heavy.
Click to expand...

silentbutdeadly said:
No-one will carry us...
Click to expand...

The road is long, with many winding turns...

Essentially, exactly this sort of redefinition of society needs to occur, but planned in a way we seem incapable of.

Uneducated fools who say solar is not worth it can note that today was cold, wet, and cloudy. My system still made 6.9kw/h and fed in, I used no grid power on this shitty solar day. After 8pm it was still running 1 of our led globes. It's a fucking no brainer if you care about reducing your electricity emissions. All this claptrap about the grid, fuck the grid, fix the grid, you dickheads. 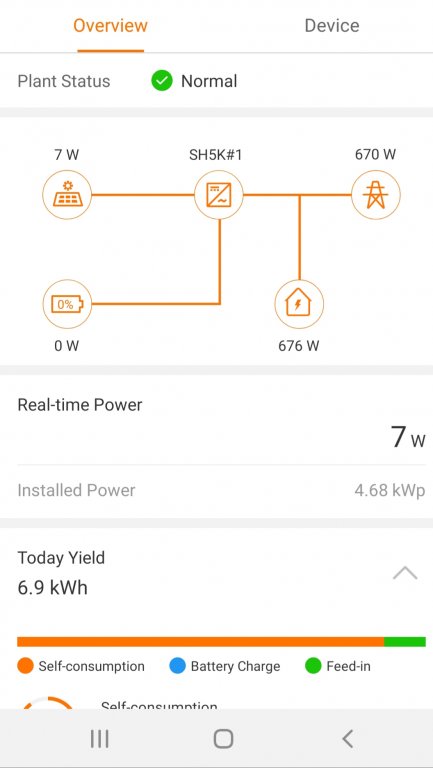 We sceptics can’t go on like this. These bushfires demand we all stop pretending and face the facts.
And, yes, it starts with me.
So I admit: the planet has warmed.
I admit: this warming could affect a lot of people.
I admit: man’s emissions probably play some role.
I admit: the Liberals’ response has been hopeless and MUST change.

He then goes on and does a whole heap of weaseling but the tune has changed.

We sceptics can’t go on like this. These bushfires demand we all stop pretending and face the facts.
And, yes, it starts with me.
So I admit: the planet has warmed.
I admit: this warming could affect a lot of people.
I admit: man’s emissions probably play some role.
I admit: the Liberals’ response has been hopeless and MUST change.

He then goes on and does a whole heap of weaseling but the tune has changed.
Click to expand...

Freediver said:
...He then goes on and does a whole heap of weaseling but the tune has changed...
Click to expand...

The denialism must now be affecting his bottom line. Only plausible explanation for a change of tune.

Haakon said:
You’ve just admitted to having an account for the herald sun

No, I've admitted to having a Grease Monkey extension on Firefox that gets me around paywalls.

Subscriber only
We sceptics can’t go on like this. These bushfires demand we all stop pretending and face the facts.
And, yes, it starts with me.
So I admit: the planet has warmed.
I admit: this warming could affect a lot of people.
I admit: man’s emissions probably play some role.

I admit: the Liberals’ response has been hopeless and MUST change.
Enough. How can Prime Minister Scott Morrison possibly agree that global warming is a menace — giving us bad things like a “longer, hotter, dryer, summer season” — yet still promise to do less than Labor to save us?
That’s simply not credible when people are freaking about a climate emergency that some think will wipe us out.

Andrew Bolt had a quiet word to Prime Minister Scott Morrison about changing his line on climate change. Picture: AAP
Morrison desperately needs a new line — one I privately urged him to take when he first became Prime Minister.

Now that the matter is urgent, I’m telling Morrison again, this time publicly.
Prime Minister, start tackling global warming with a true and traditional Liberal approach: the cost-benefit one.
But wait. Am I going too fast? Are you still stuck on what I admitted?
Fair enough. I knew the media Left would jeer at my “confession” and rage that I was disastrously wrong for so long yet now backtrack without even a sorry.
Indeed, it’s started already, with a Guardian Australia writer last week gleefully announcing “Bolt’s most recent concession to the reality of actual climate change”.
In fact, they just haven’t paid attention. I’ve actually said nothing here that I haven’t said for more than 15 years.
In 2005, for instance, I wrote: “Over the past century the world has warmed, cooled and warmed again” and “most scientists (think) our emissions are partly to blame”.
So let me repeat yet again the facts that we must all stop pretending aren’t true.
Yes, the planet has warmed slightly over the past 100 years, although how much of that is due to our emissions is still debated.

Bolt says it is time for people to face the facts on climate change.
Yes, this warming may hurt some people but many more may gain, and not just Siberians.
That’s because this warming has not given us many of the predicted disasters, but many good things instead, like a greener planet, record grain crops and fewer cyclones. Meanwhile the vast majority of low-lying Pacific islands are growing or stable, not sinking.
What’s more, the richer we’ve got, the better we’ve protected ourselves from all kinds of natural disasters, from earthquakes to droughts. Our chances of being killed in a natural disaster are now 99 per cent less than what people faced a century ago, according to the International Disasters Database.
No surprise. You see that when a hurricane hits some poor island: tin huts are smashed but concrete mansions survive. Or see how heatwaves and cool snaps kill people too poor to cool or heat their homes.
Wealth saves. Conclusion: global warming schemes that make us poorer are potentially deadly.
The Liberals must now accept all these plain truths and change how they talk about global warming. They must, like serious people, talk cost-benefit.
For a start, stop grovelling and dishonestly pretending that global warming is all costs and no benefits.
Morrison should instead do the sums — and publicly: by how much will we gain from warming? By how much will we lose? What is the net cost, if any?
Same thing with plans to “stop” global warming.
Take these mad screams from Labor, the Greens and the ABC to slash our emissions harder to stop more bushfires.

OK, cost-benefit.
First, figure the cost. How many coal-fired power stations must go? How many workers will lose their jobs? How high will electricity prices go and how hard will that hit our economy?
Economist Brian Fisher of BA Economics did this kind of costing with Labor’s global warming plans before the last election, and worked out workers would earn $9000 a year less than expected by 2030.
Now work out the benefits.
By how much would the world’s temperature then be cut? (True answer: about zero.)
But if it does change the temperature, what would we get? Fewer bushfires? Fewer droughts? Or more cyclones and smaller crops?
What would be the net gain?
See? Suddenly it’s not so clear as warming extremists pretend. That’s why they hate talking like practical adults, not religious zealots.
So for Morrison’s Liberals it’s confession time: say that global warming is not just about costs but benefits, too. Or must hysterics dominate this debate?

Yes, the planet has warmed slightly over the past 100 years, although how much of that is due to our emissions is still debated.
Click to expand...

No debate, only concensus amoung those who matter.

He's still a complete fuckwit. He's just moving as slowly & as little as he can get away with. FF interests will extend their lifespan for as long as possible.

probably orders from the top ie Rupert = slowly shift your stance with weasel words .
"We are losing the war of words even the dumbest Australians are waking up!''

good grief... so its maybe a thing, but its got some benefits and even if was net bad its too expensive to do anything because being rich is better.

just wow. what must it be like in these people's head....?

and he still running the "we are only 1.5% and cant make a difference' line. Ross Garnault dealt with that;

Does it matter what Australia does, if we account for only about 1.25 percent of global emissions? It matters morally that we do our full share, as Pope Francis makes clear in his authoritative letter. It matters because we always want to pull our weight on the great issues affecting our security. It matters because countries with emissions similar to or smaller than us (including the UK despite its much larger population) account for far more emissions than any single country. It matters because we are influential in diplomatic discussions. It matters because there is a difficult debate in all countries, and it is damaging to the outcomes of those discussions elsewhere for the developed country with the highest emissions per person (and twice as many emissions per person as China), and the developed country most vulnerable to climate change, to do less than its fair share. It matters because a good global outcome is more likely if there are common goals and broad participation in carbon trading-and it was our desire to avoid joining ambitious global goals that caused our stand at the Madrid climate change conference to be negative and a drag on global efforts to provide foundations for carbon trading.