AaronM said:
I’m interested - got any pics? Are you doing more of a “hard” mount for competition use or something that’s able to be more OEM?

I’m on the OEM side of the line, have to commute in this thing
Click to expand...

This was the first using a 60 durometer resin. It was too soft. 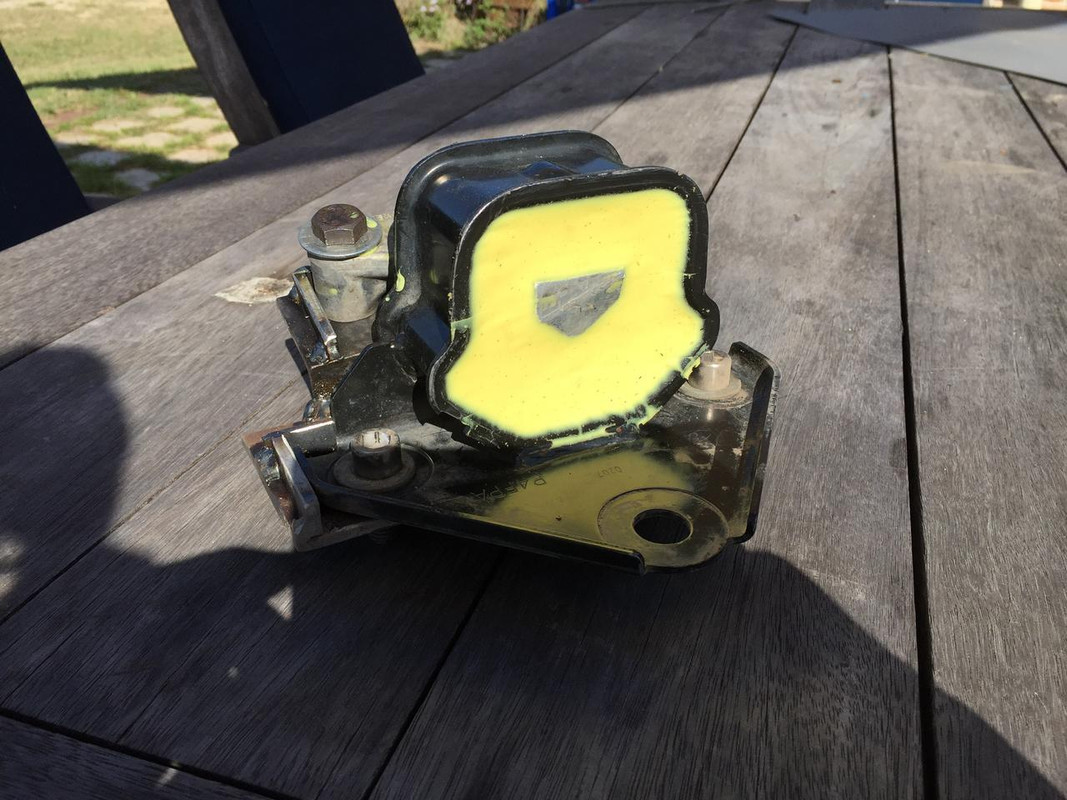 Then we went to 75 for the road cars and 90 for the track car. One road car is a daily driver and has about 20,000km on it without complaints. 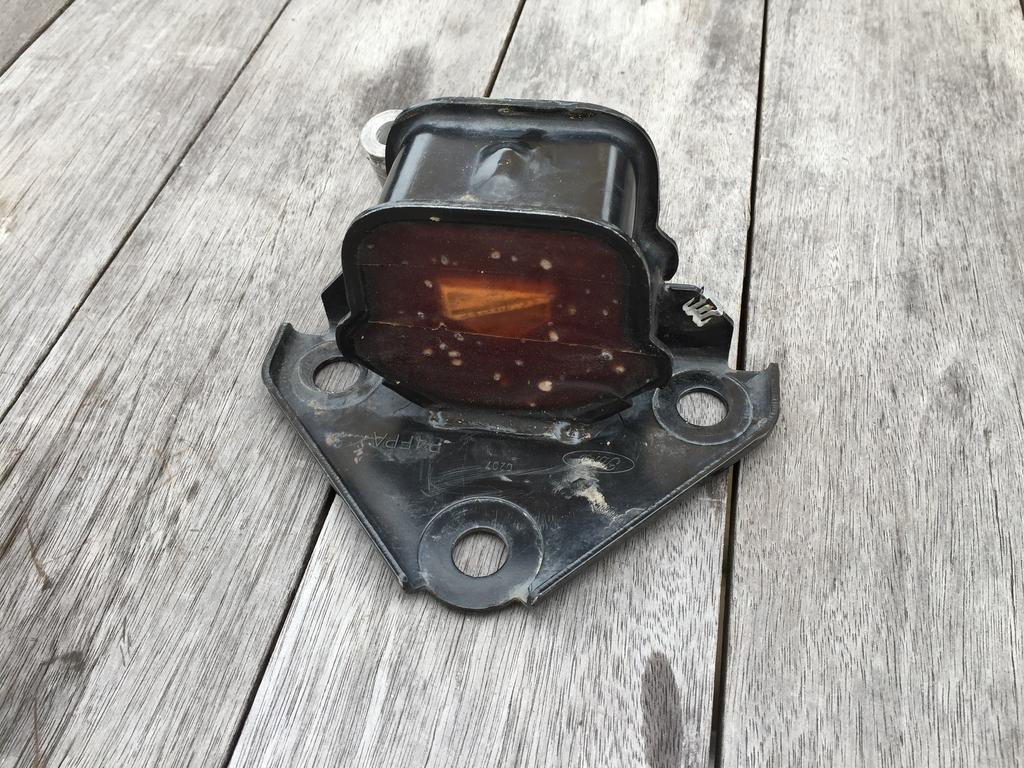 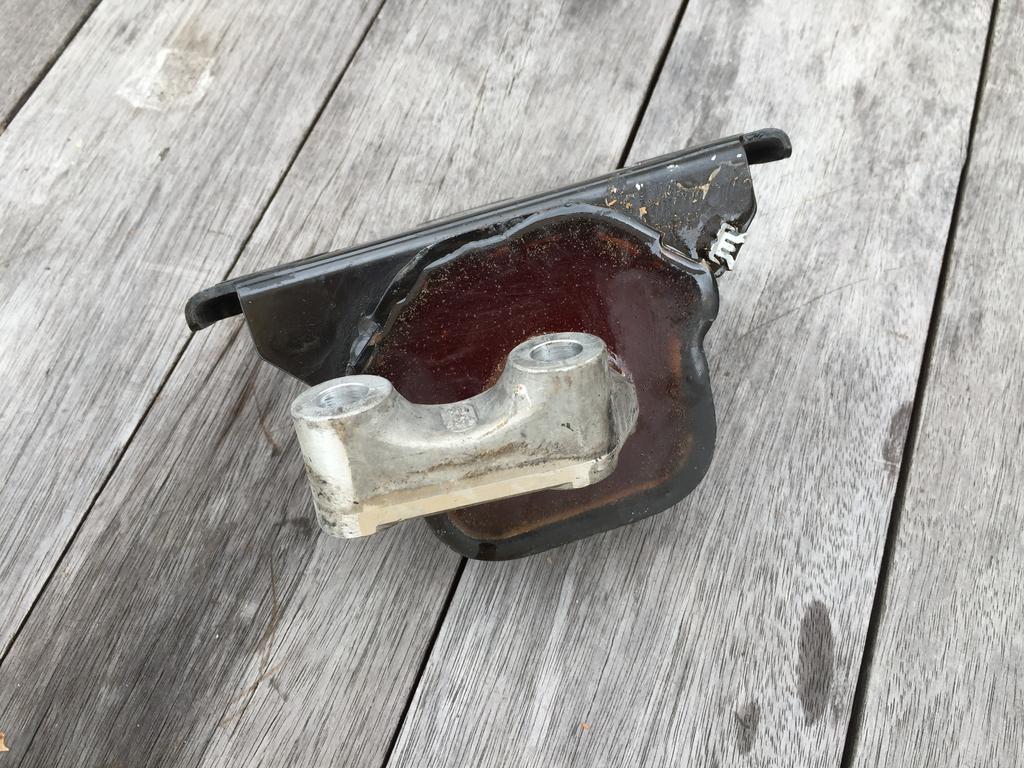 This is the rear bit. Get a rear sway bar. Don't go -4 deg on camber for the road, 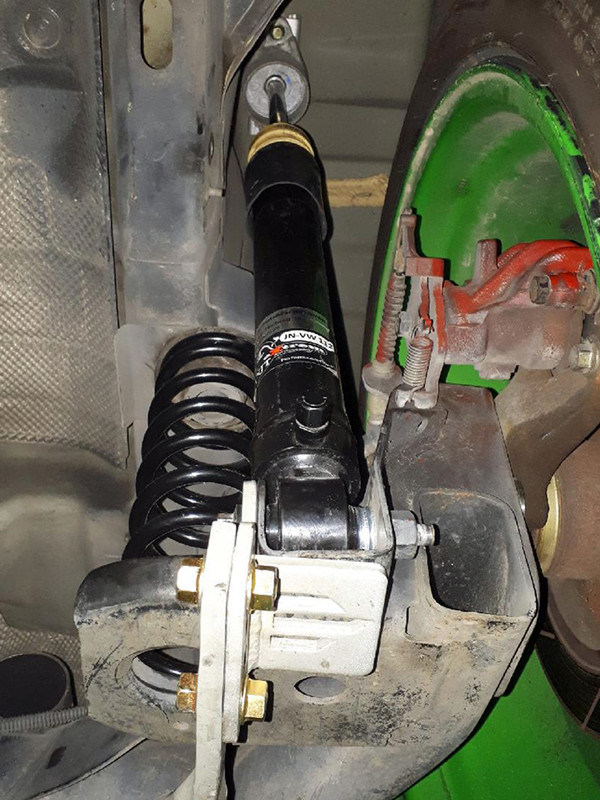 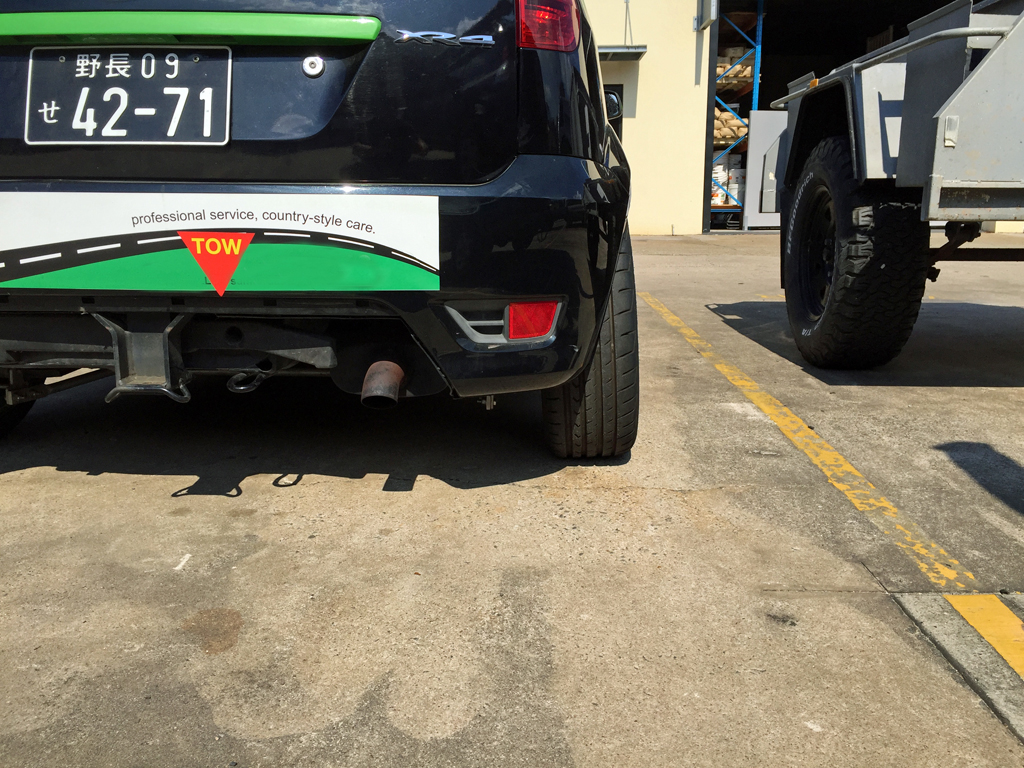 Rear track is 20mm (?) narrower than front and you can feel the difference when you punch it out equal. Spacers though are not legal on the road. Also if you are so inclined drop to a 16" wheel and put 50 profile rubber on. If you get the right offsets you can legally fix the rear track. Bigger front rotors too but that is expensive since what I did isnt road legal despite being sound.

New cams, inlet and exhaust can get you to 200hp, don't go higher without doing rod bolts and pistons. 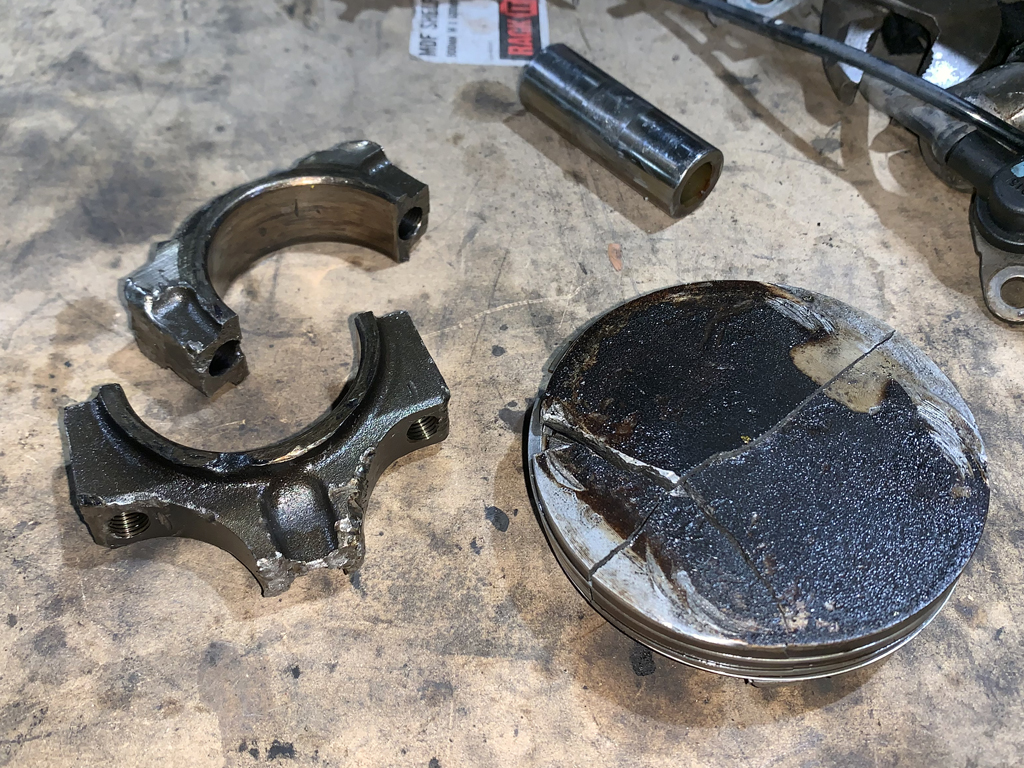 This is nearly right now. 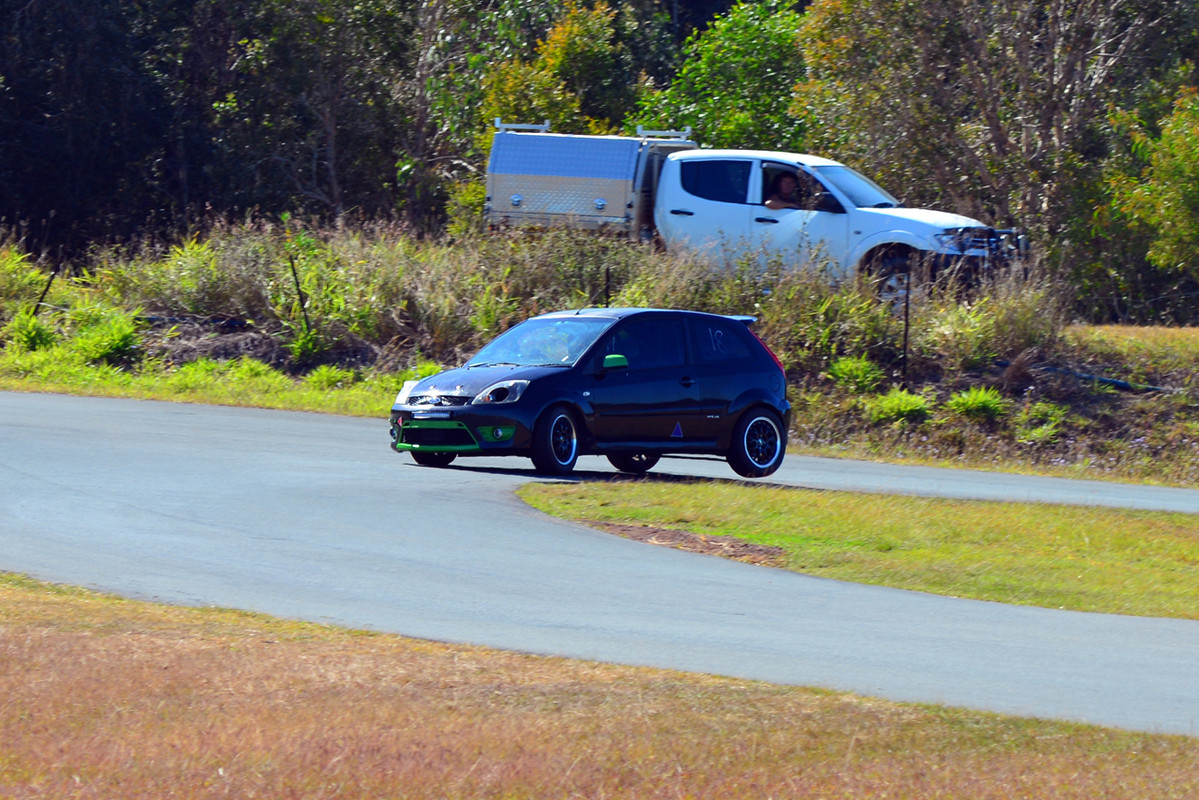 I’ve got the replica of the Ford axle spacers which step out the actual stub assembly from the beam. 10mm per side which keeps me within track width change rules with respect to road use and have the tick from certifying engineer as it mimics a factory fitment and doesn’t change axle or bearing loads. (That probably comes across as a bit smart arse, but basically is a long and convoluted way of saying I’m not just firing a parts gun at the car) They’re also not designed to induce camber change which would require a bit more wrangling on the design/safety certification aspects

Definitely interested in the road mount, it’s not too dissimilar to putting inserts into a “good” one, and I’ve done both (poly or resin fill and well as press in inserts) to other cars in the past and found it a good compromise.

Once I’ve gotten over the initial “catch up the stuff the last owner didn’t take care of” I’ll drop a line.

I have to do the steering reservoir relocation, it has a stupid huge cooler that’s mounted a little too high for full airflow but still is puking/cooking fluid under spirited conditions. May as well just resolve that whole thing once only.

Asides from that, the standard corrosion and seepage from the alloy water outlet housing and upper rad hose - pretty normal for most Duratecs of that age), needs a new thermostat as it’s not getting stable to operating temperature. The PCV pipe to the intake, you know the hidden one, is stuffed like they all are by now. Throw fresh fluids through it, catch a few oil leaks here and there and sort out the butchered exhaust. Some peanut flanged the rear muffler and it does nothing but smack the rear floor

It’s fully Dynamat lined and has a fairly comprehensive stereo install that needed a little updating. But it’s probably the fattest XR4 in the country for that.

Don’t get me started on the $380 Coilovers the previous owner installed. The low is nice the weirdly unmatched damping to spring rate not so nice. 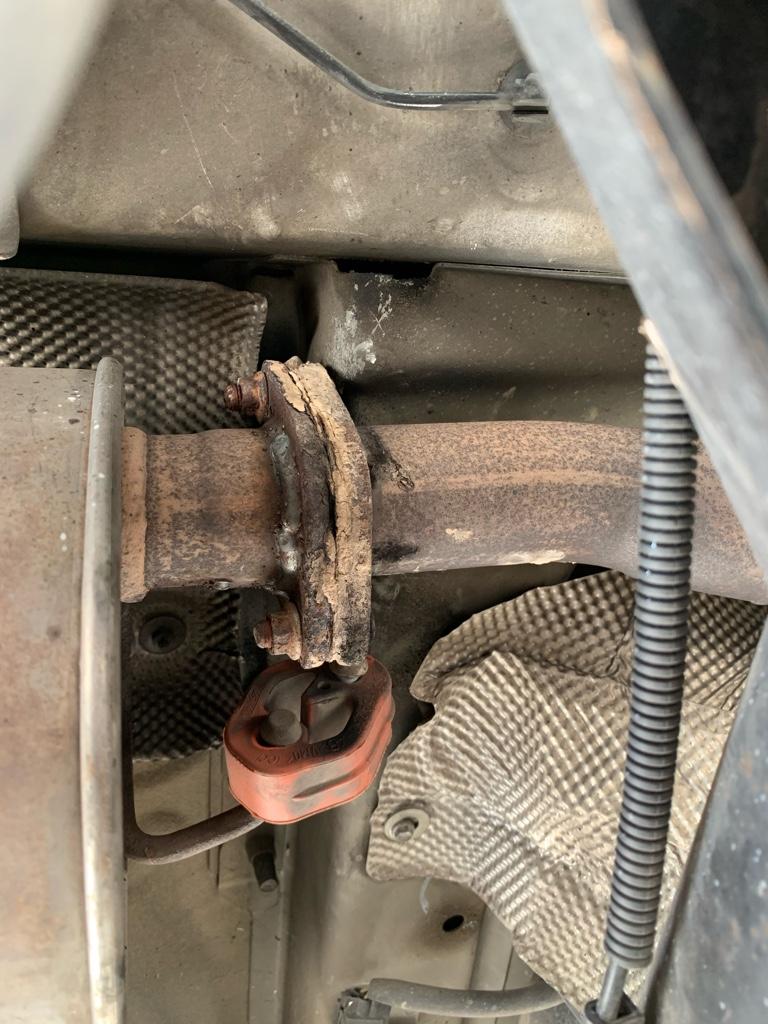 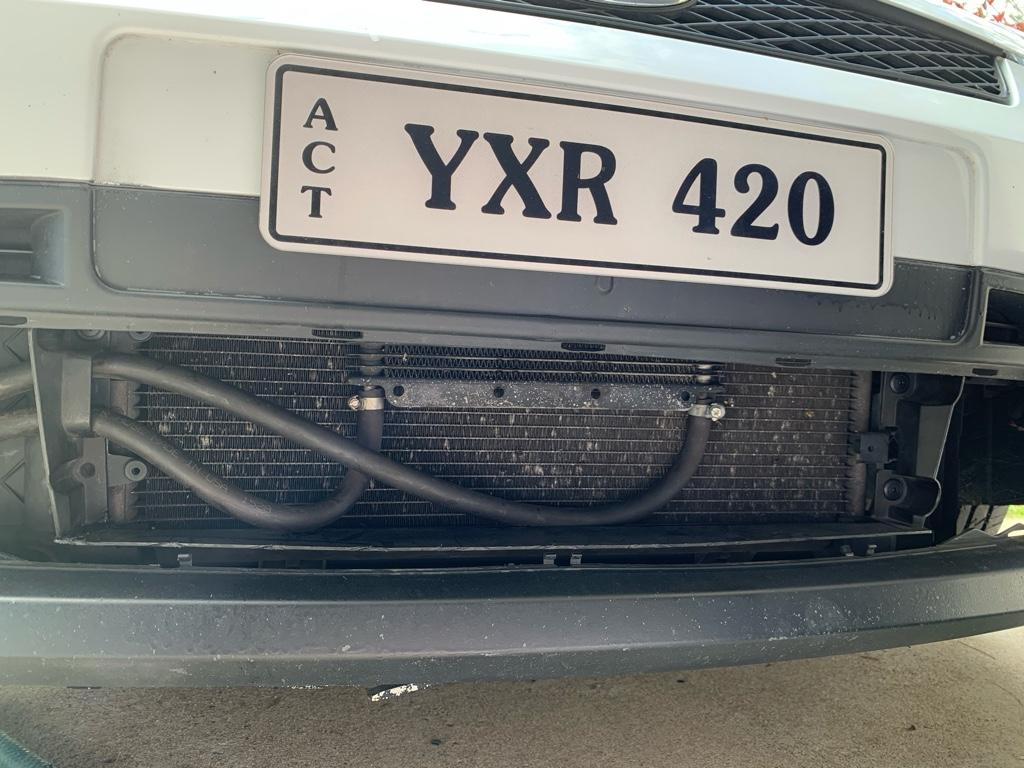 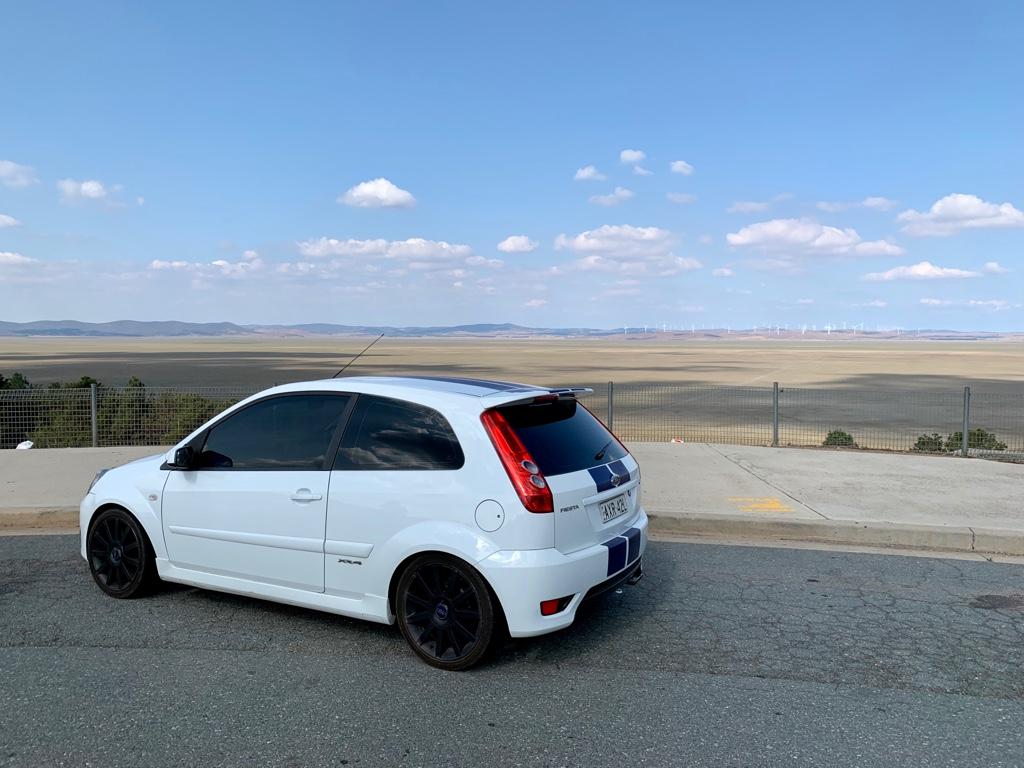 Brakes are funny. The fact that Focus XR5 front brakes are a bolt on caliperwise, with a rotor solution available off the shelf or with a minor bit of custom drilling is attractive, but in my opinion probably too heavy for the benefit on road use (already have slotted/dimples rotors and upspec pads all round).

I’d want to do lines and rebuild master and calipers as well as swap to a known quantity pad (previous owner did the brakes last) before saying they’re not enough for me. I will have to dig through my useful boxes of bits though because Mazda3 stuff looks freakishly similar and in SP23 form mirrors the ST170 sizing. I’m sure I’ve some some BK calipers somewhere.

Anyway not a race car, and it’s supposed to be a daily not another project

Staff member
The option calipers are the same piston diameter so no advantage there. I filled and redrilled the mounting holes to fit 300mm st170 front rotors, mondeo brakes here, to go bigger rotors than that needs bigger wheels than the 16s we are running. Brakes are superb though with standard bendix pads for sprints and red stuff or green stuff (?) For circuit work. Braided lines and good fluid. Other thing to look out for is shift bushes at the box get grimy and rusty and it is an easy fix. Just pull the couplers / connections and clean the bushes and regrease. Few videos on this on the tube. That ps cooler made me chuckle, we have a biggun and relocated reservoir. Pics of all this stuff scattered in this thread. I think our dampers are a bit stiff for the sprints but good for the circuit work. Compromises. No way I would run those or the ride height on the road. We did fit an oil cooler too but the factory set up works fine so I pulled it back out.

Some bigger cams and an lsd are possible upgrades but it will depend if I can get the audi driveline in the spare shell.

The beauty of this car is that it is bullet proof. Drive it off the trailer, check fuel, oil and water. Drive it like it has been stolen all weekend and drive it back onto the trailer. Everyone else has bonnets up, redoing fluids etc. This car is a great learner car. Not fast and needs to be driven well to give good results.
A

If I accumulate some spare cash I’ll go a gearbox refresh with LSD if only because I think of all the modifications it’s one that will keep the car “fun” on-road and actually hold some resale cachet. Maybe a a Flex pipe in the exhaust and proper cat-back for now.

Overall though I am using it to make a 50km commute and public car parking work. So comfort and ease of use are factors.

Longer I can stay happy with this and keep my Meganes insurance payout and other car funds in my pocket the better...

Staff member
LSD isnt a bad price but havent got there yet. We have a 3MPS 6 speed box but I think that will go unused if I can get the red car running with an engine. Extractors are reasonable priced as is a Cosworth copy manifold which lets you run a CAI. Oh, and you can fit the larger throttle body from the Focus. Let me check details but I think it is something like going from 56mm to 63mm. Will post up which one is a bolt on. Two tanks of fuel and the ecu recalculates for the air.

Dales Cannon said:
LSD isnt a bad price but havent got there yet.
Click to expand...

Accurate vid of Dales when when he finally goes there

Staff member
Damn, you found me.

Dales Cannon said:
Damn, you found me.
Click to expand...

I had you pegged a rave tragic from the start.

Ultra Lord said:
I had you pegged a rave tragic from the start.

I can rave alright, ask my wife,

Dales Cannon said:
I can rave alright, ask my wife,
Click to expand...

It’s 60mm on the 2.3L Duratecs (Mondeo, Escape and The Mazda SP23/Mazda6), 55mm stock on a 2.0L. ChinaBay throttle bodies are cheap, and when the electronics ends up not being as smooth swapping the internals of the genuine article works fine.

I’ve spent some time around Duratecs so that made the XR4 a sort of logical thing for me. Although dealing with one in its natural habitat is a bit strange

All project cars are lame compared this one:


Well, kinda. But man that was a good episode.
A 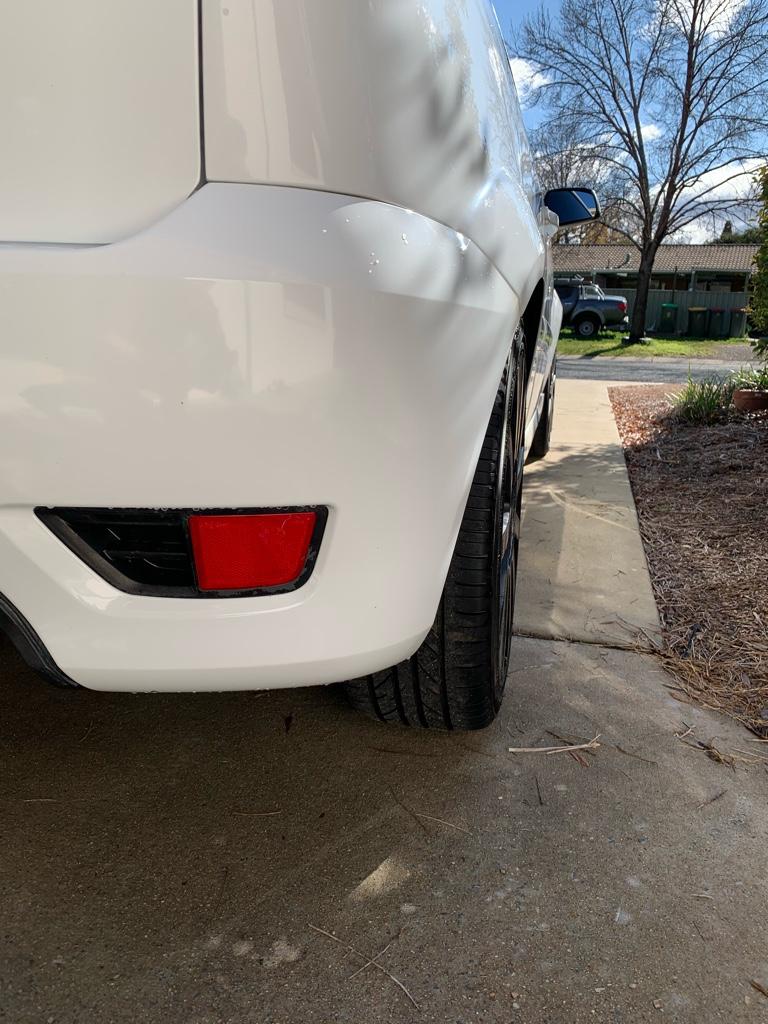 Flow-Rider said:
This hilux has a 4Age that is a weapon.

I had a 4AGE Corolla, great car.

Just met a bloke with a 1970 Mercedes 280 sedan - with an LS3 with Whipple, VY Commode rear end, XF Falcon front end, lots of Willwoods and big wheels. Complete sacrilege on so many levels but looked like fun.
A

I would question how well it actually does work together. It probably makes him happy though and that’s ok.

AaronM said:
I would question how well it actually does work together. It probably makes him happy though and that’s ok.
Click to expand...

It was registered and on the road. Seems to be working pretty well, but a new build still in shakedown.

Scotty T said:
I had a 4AGE Corolla, great car.
Click to expand...