AM Transition Sentinel (all the ‘big black tranny’ gags were taken) 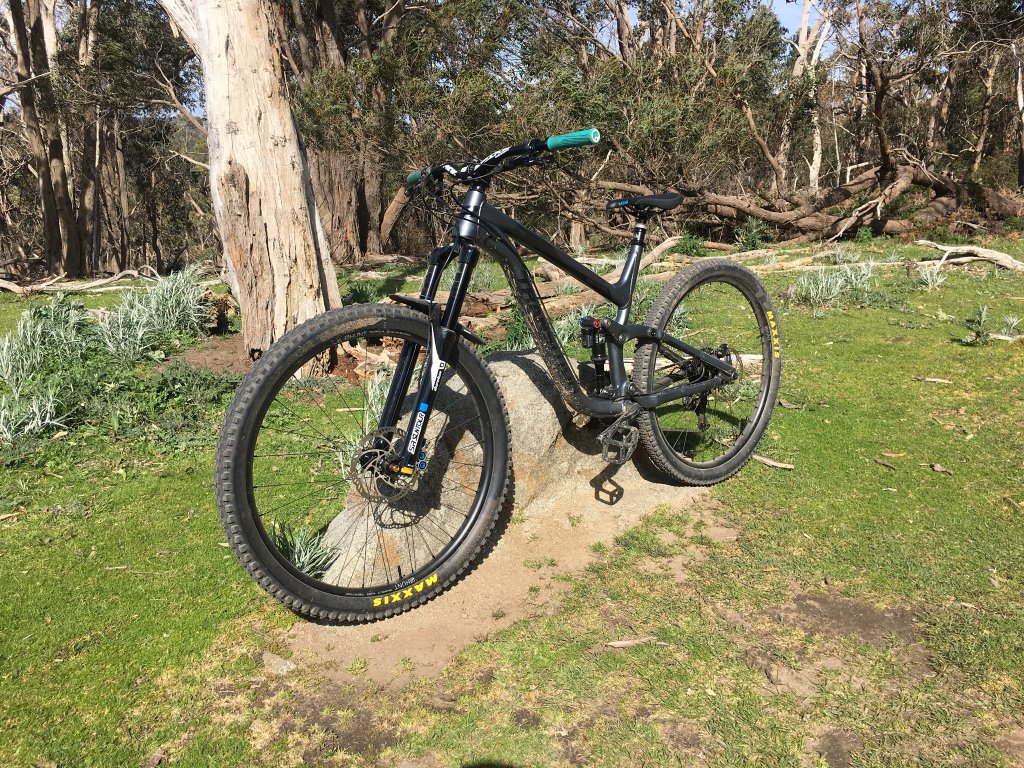 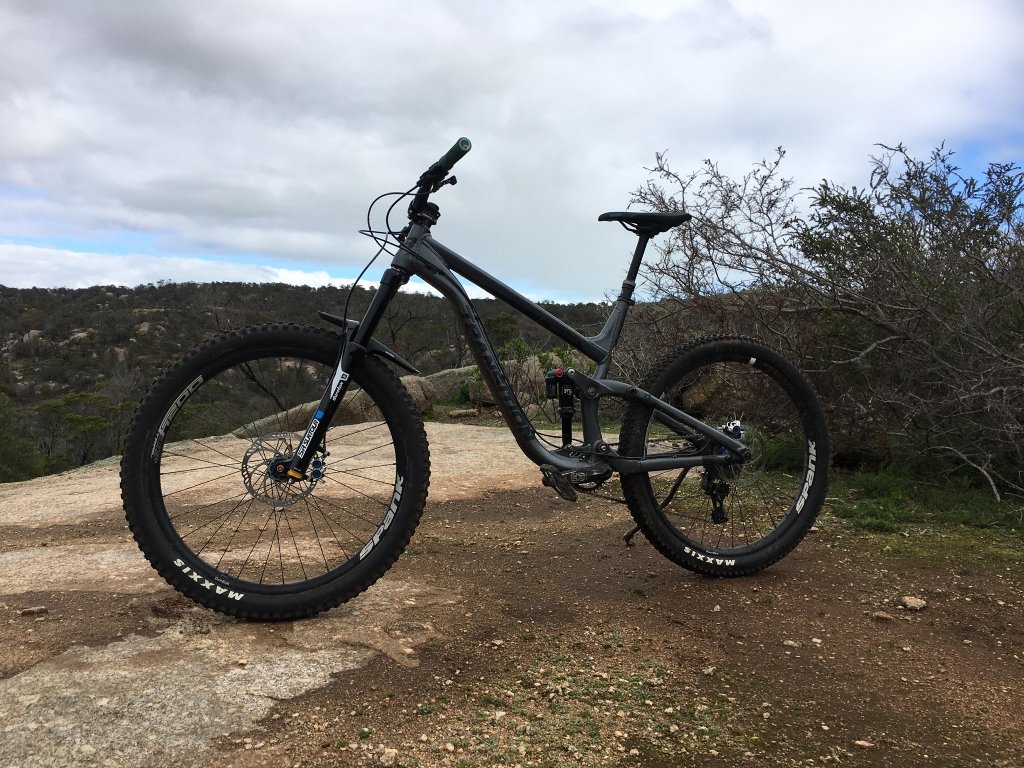 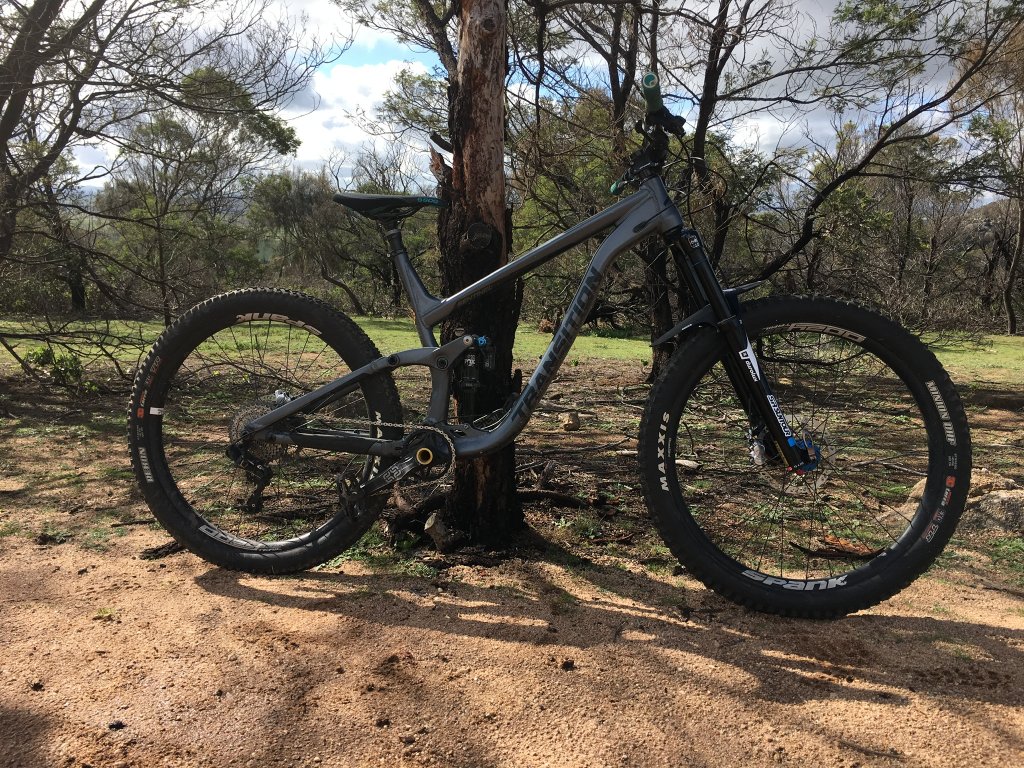 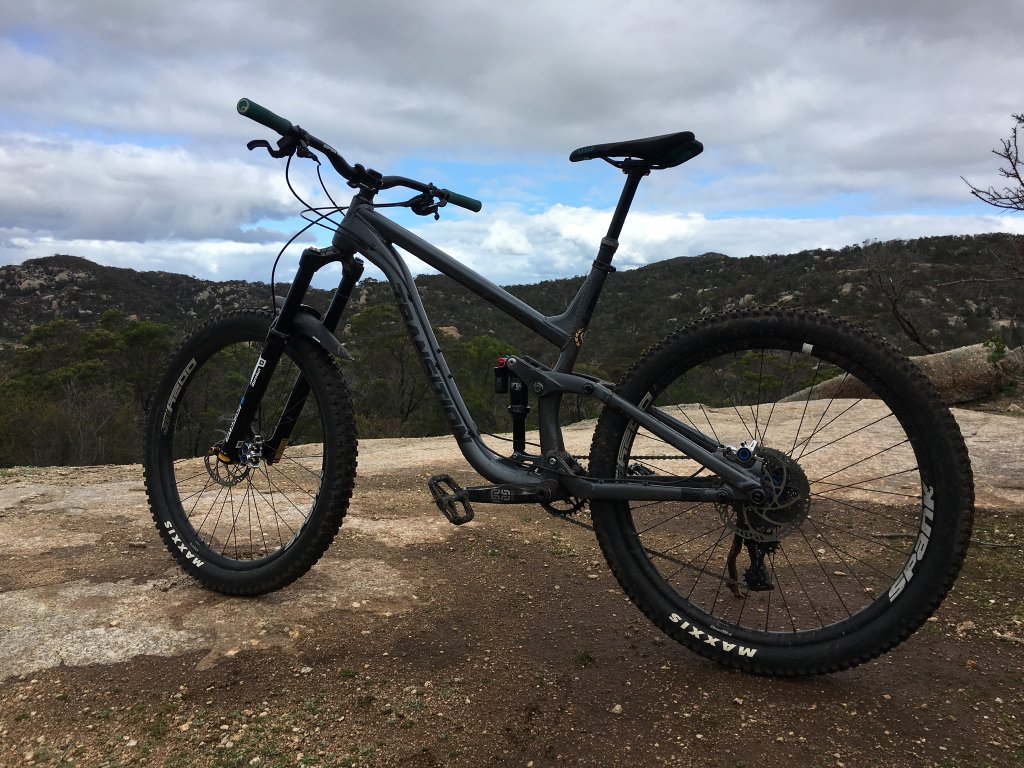 Ride report to come. First impressions are that its pretty plush and loves to float over rocky chunder.

Still have a bit of tweaking to the setup to do and am running 650b with plus size tyres for now (thanks to saint @moorey) as 29” wheels take their sweet time getting delivered.

It pedal strikes ahoy for me at the moment And still need to dial body position on this limo but feels great at speed and loves to pump and jump which is a pleasant surprise.

Reported to the mods

safreek said:
Reported to the mods
Click to expand...

He is a mod

safreek said:
Reported to the mods
Click to expand...

Clearly meant that it’s hot with 27.5 and bigger tyres.
If I wasn’t an orange man, I’d most likely be a Transition man (don’t get me wrong, I loooove all my banshees). Have owned 4 between Felix and I, and they just work, and always look the goods. Hopefully rebuilding mine this weekend. Probably back to 26”. Maybe a mullet

That is one pretty looking bike you got these sir. love the colour and the lines.

I'll second that one. Very nice.

That's why I was so offended. I mean that comment was so disgusting that I had to throw acid into my eyeballs

But not a bad rig at all, ride hard dude

I should probably do a full review of the PNW dropper and the Durolux forks separately but for now...

I highly recommend PNW to anyone looking for a new dropper. Still need to put some k’s on it to know about reliability and servicing etc but for customer service alone I would recommend them.

Add in a quality feeling product, a great lever, reasonably easy install (the hard part was the frames’s fault, not the post’s fault) and a good price from a great local distro (mtbdirect) and you have a winner.

Forks need more time and tweaking but feel really supple off the top and arrived set up pretty close to perfect for my weight etc.

Only issue I have with the whole Werx program thing it that they have set them up to feel nice but with both low speed and high speed compression totally wound off. It leaves me with no real adjustment if I want to try speeding up compression which kinda defeats the purpose of buying such an adjustable fork...

I also struggled to use all my travel yesterday at the you yangs so will have to crack open the fork to see what sort of volume spacers are in there and maybe take one out.

If you have any issues with the fork get onto the Australian distributor / service agent, Bicycle Parts Wholesale.

I had an issue with my Durolux not getting full travel and I sent it into them. No charge and they sorted out the compression issue and gave them a full service and sent them back express.

Highly recommended and should make getting a Suntour fork an easier decision for anyone considering one.

wkkie said:
If you have any issues with the fork get onto the Australian distributor / service agent, Bicycle Parts Wholesale.

I had an issue with my Durolux not getting full travel and I sent it into them. No charge and they sorted out the compression issue and gave them a full service and sent them back express.

Highly recommended and should make getting a Suntour fork an easier decision for anyone considering one.
Click to expand...

Great - thanks for the tip!

That is one sexy rig mate! I was wondering what you had upgraded too after seeing the yeti for sale. I love the the look of the newer trannies and that colour look mint. Durolux will be a beast too I reckon

the drizzle said:
That is one sexy rig mate! I was wondering what you had upgraded too after seeing the yeti for sale. I love the the look of the newer trannies and that colour look mint. Durolux will be a beast too I reckon

Sent from my Pixel 2 XL using Tapatalk
Click to expand...

Thanks mate. The grey looks great with all black stanchions on forks, dropper and shock.

It needed to be something special to get me off the sb66 - loved that bike. This is such a beast. Can’t wait to open the throttle and give it a good test. Might hit red hill this weekend and see how she handles Eaton’s.

Nice Transition to alloy
That is one schweet looking monster truck.

RIDE REPORT
So this is something of a ‘first ride report’ as I know it’s quite preliminary and impressions will change with a bit more time on the rig in different conditions. But this is where I’m at.

I’m coming from a Yeti SB66 to this beast and in some ways they set out with similar missions in life - fun and capable trail bikes that can handle a few shuttles when the moon is full and the mountain is calling. The Yeti was 150mm front and back while the Tranny is 140mm out back and 160mm up front. Big difference of course is the wheel size (26” vs 29”).

But regardless of their shared mission in life, the bikes are massively different in the way they go about things. First thing I noticed was the recommended sag on the Tranny is 30% and there doesn’t seem to be much anti-squat (haven’t checked that) so you end up with a bike that squishes down into its travel and bobs a bit as you pedal. Added to that is a head angle that’s slacker than a Byron Bay hippy and a plush fork up front.

I’m also rocking plus sized 650B tyres at the moment in place of the 29” so that adds some squish too.

Overall it means where the Yeti felt like a WRX rally car the Tranny feels like a trophy truck.

That is, at least, at ‘noodling around in the carpark’ And ‘trundling up the fire road’ speeds.

Once you open the throttle, things change. I was blown away by how this thing rails burms, pumps dips and jumps. Once it’s up to speed it becomes really responsive and ‘poppy’. It really seems to shrink under you and not feel like a limo. When you are jumping is has that ‘in the bike’ feel rather than ‘on the bike’.

It could be the tyres but it also has an amazing ability to float over rock gardens and through a mess of roots.

I was riding at the You Yangs and slowly building up confidence and speed. For those that know it, I decided to turn the wick up on Lactic Acid and as I was pushing through a burm, the front wheel started to wash a bit. I chased it, expecting it to hook up but given we had a metric shitload of rain the night before, the top of the burm was soft and the tyre pushed through it. I hit the deck pretty hard but got back up and cruised the final bit. First crash done I guess...

In terms of parts, I’ve mentioned the PNW seatpost seems to be some quality work. The Fox DPX2 shock seems to be nice an supple off the top and so far is giving lots of support and ramp up. Might need to take out a volume spacer to get full travel.

Forks are feeling great. After coming off a Marzocchi, I needed something solid and these Durolx are up to task. Still need to tweak and as mentioned before, I’m a bit pissed that the low speed and high speed compression are fully open as I would like to have some ability to speed up the high speed compression and see how it feels...

One thing about the fork I didn’t realise until i bought it is that it is about 9mm longer in the axle to crown measurement than a comparable 160mm from from Fox or RS. Means the head angle is probable even slacker than the stated 64 degrees.

Planned changes are the Hunt 29” wheels when they arrive with a Minion DHF 2.5 up front and a MinionSS 2.3 out back. I think I will also change to 170mm cranks. Other than that I just need to plough on through a variety of terrain and see how she goes!

Which Hunt wheels did you order? How has the experience dealing with them been so far?