SLB-01, SLB for...
Stuffed Lower Back (as a mate suggested...)
Slow Lazy Bastard (the rider!)
Any other combination you can think of!

This is my custom hardtail made by Marino. I based the geometry on what I did and didn't like on my previous hardtails. 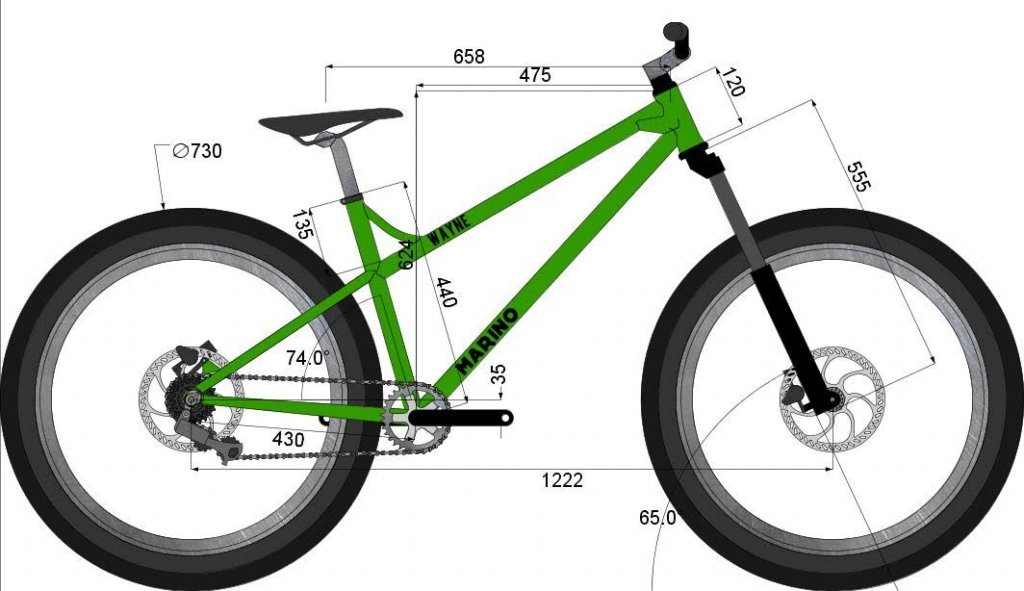 The full cost ended up being around $580 shipped. That included a Marino headset, seat post clamp and a top chain guide was also thrown in. That price did include a little discount because they missed out on the top gusset type that I originally wanted.

The communication was excellent, even with the noticeable language barrier. Most correspondence was over email, but there were also times where messages were passed back on forward on Messenger. All communication was prompt and I can't remember waiting more than 24 hours for a reply.

The frame itself weighs around 2.9 kg, which was lighter than what I was thinking it would be.

I'm no welder, but the quality of the welds looks fairly good.

All the threads were 100% with no re tapping or attention needed at all. The headtube was clean and smooth and paintwork was better that what I've seen from some of the major manufacturers previously.

The only slight issue that I did have during the build was fitting the derailleur hanger in the frame. The excess paint the the dropout site meant that I couldn't install it by hand. I had to install the wheel and axle and use that to press it in. Since then it was screwed in and haven't had an issue.

I'm running it with a142mm rear wheel. It was designed with 145mm dropouts to accommodate either 142mm or boost. Seems to work well so far and shouldn't be an issue at all getting a boost wheel in there.

The ride itself is certainly more compliant than the aluminium frames I've recently run. Even with the 2.25 treat tyre I started running it with, there was no excessive harshness.

Ideally the rims would be wider than the 25mm internal. Is not an issue so far on the rear, I'm running a home made insert (55mm wide, 20mm thick) in it at the moment and haven't quite got the ideal pressure, but so far so good. The grip levels of the 2.6 are great.

The entire process from finalising the specs and paying the deposit, to delivery was about 8 weeks.

It was fairly well boxed and protected. There was a little box rub on the headtube, but very minor marks only.

All in all I'm super happy with the end result and will be riding this for a long time to come!

Just added a few full build photos and more detailed frame shots below to show some of the detail. 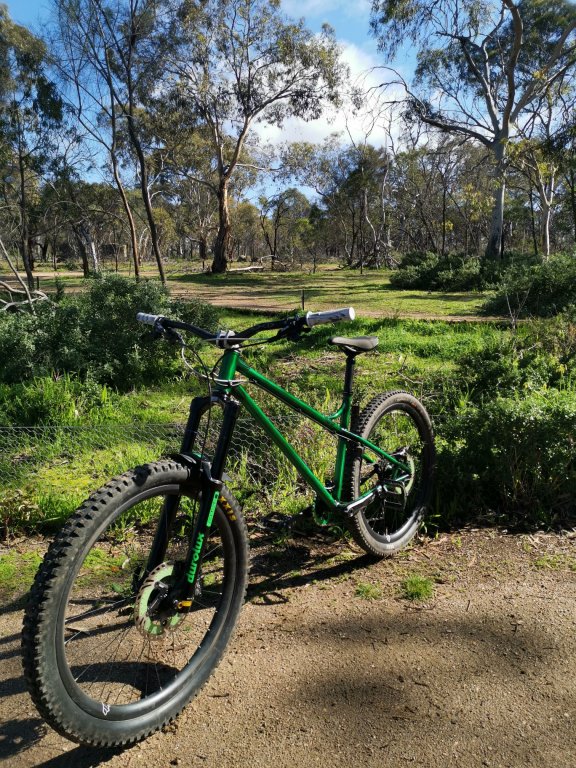 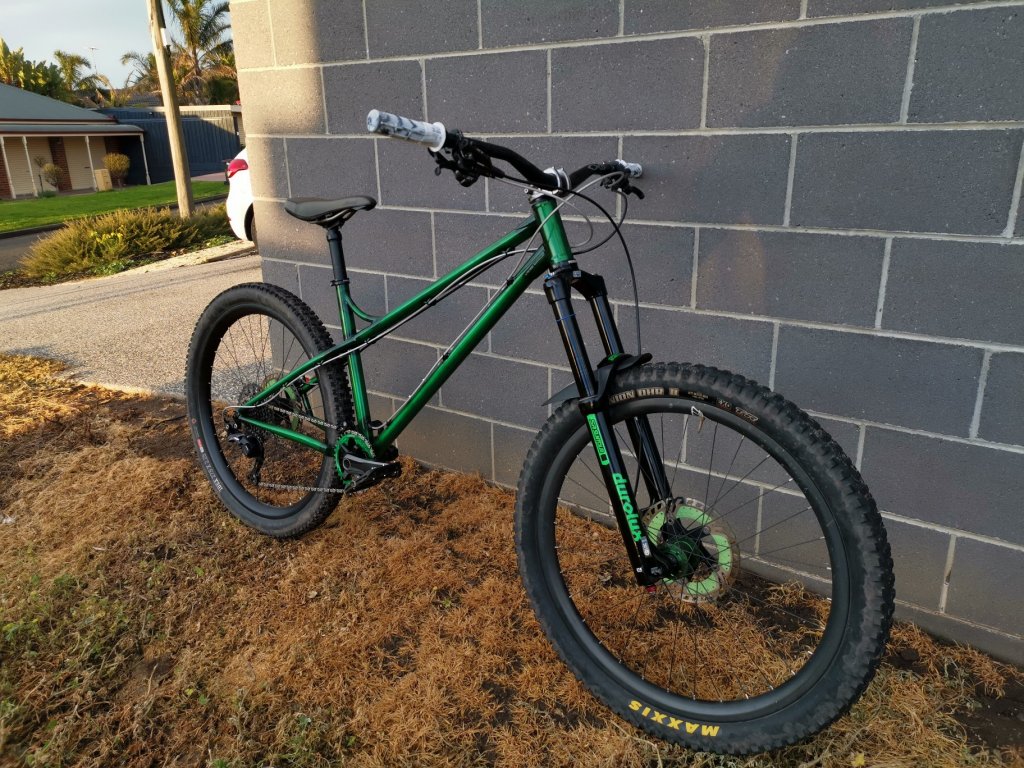 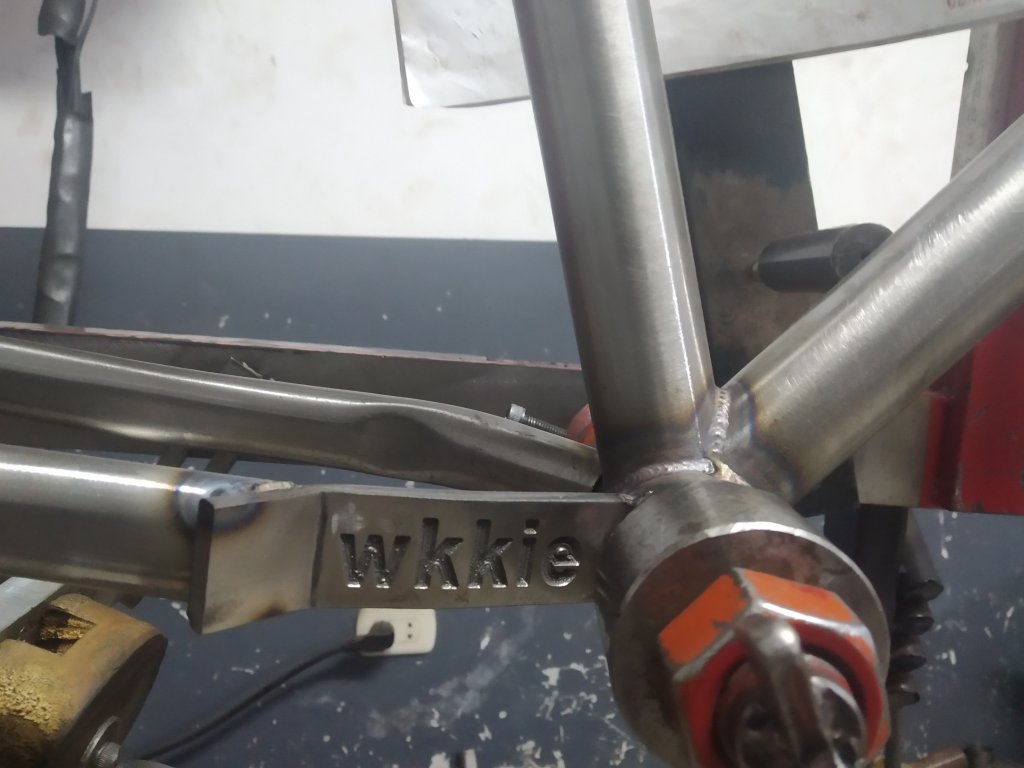 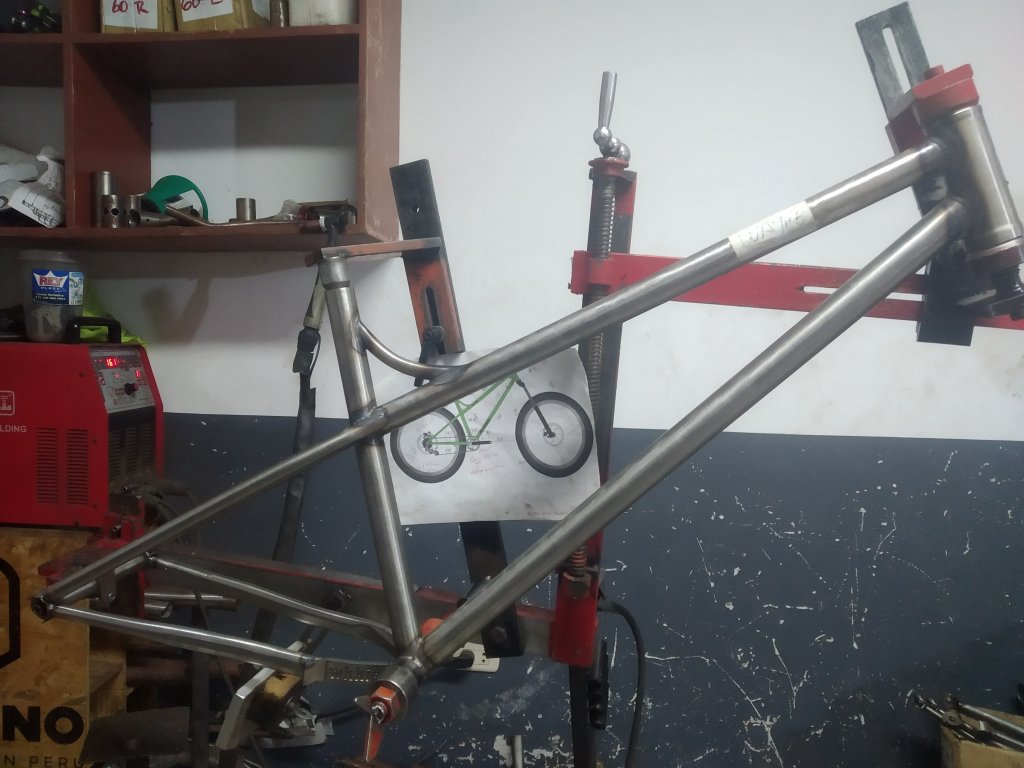 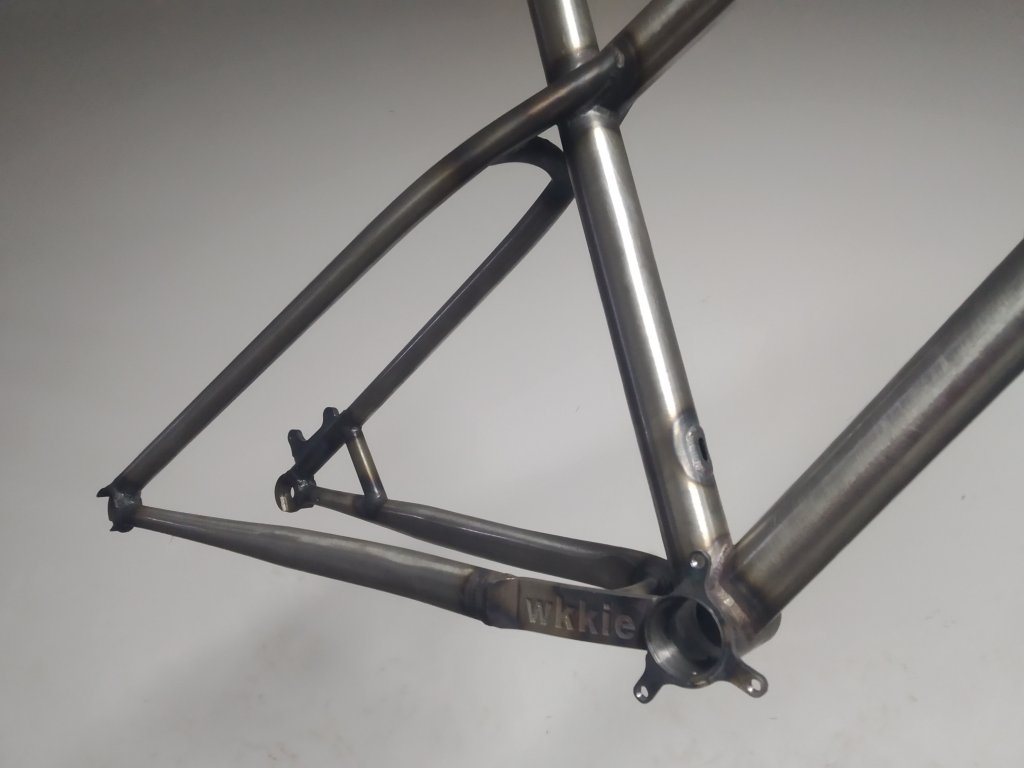 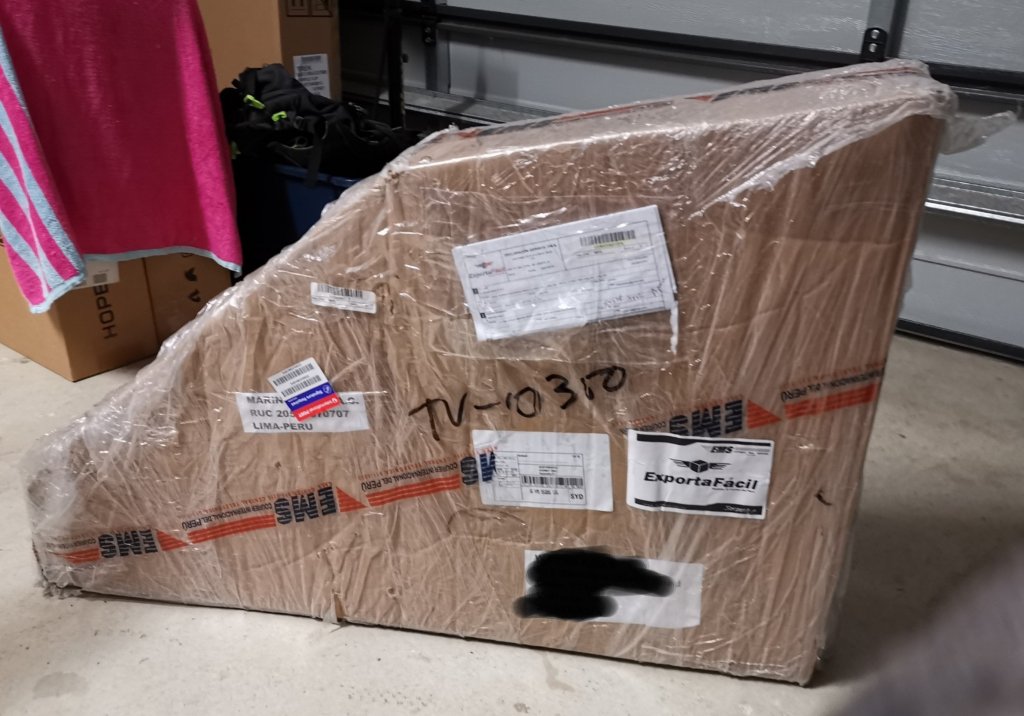 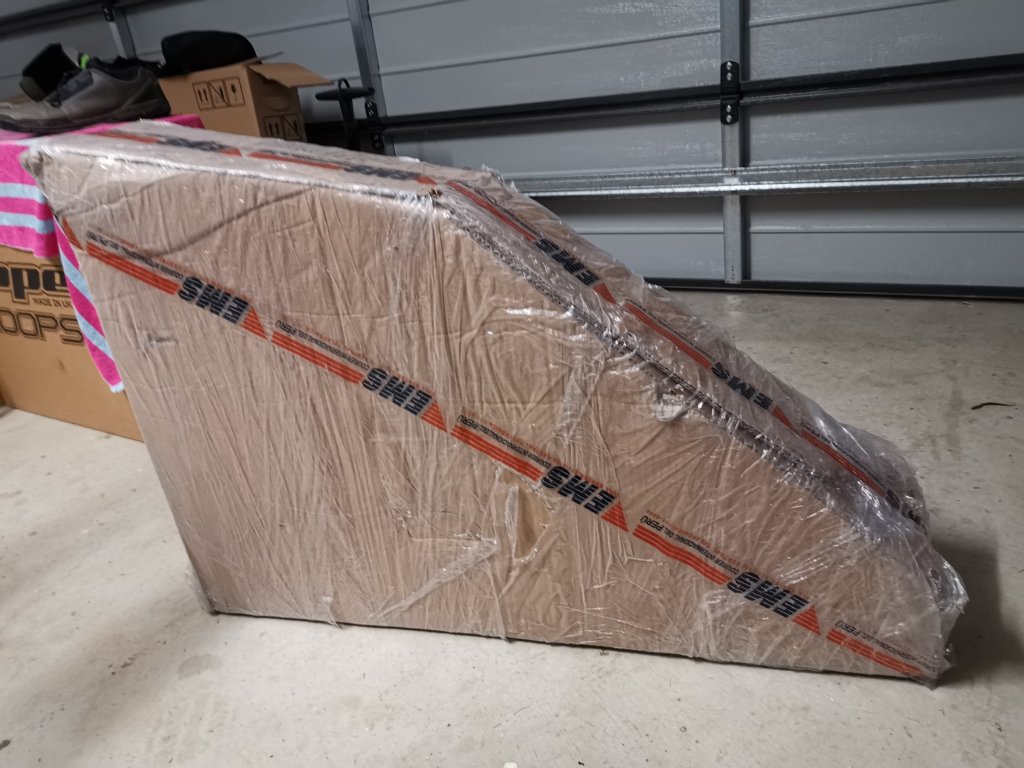 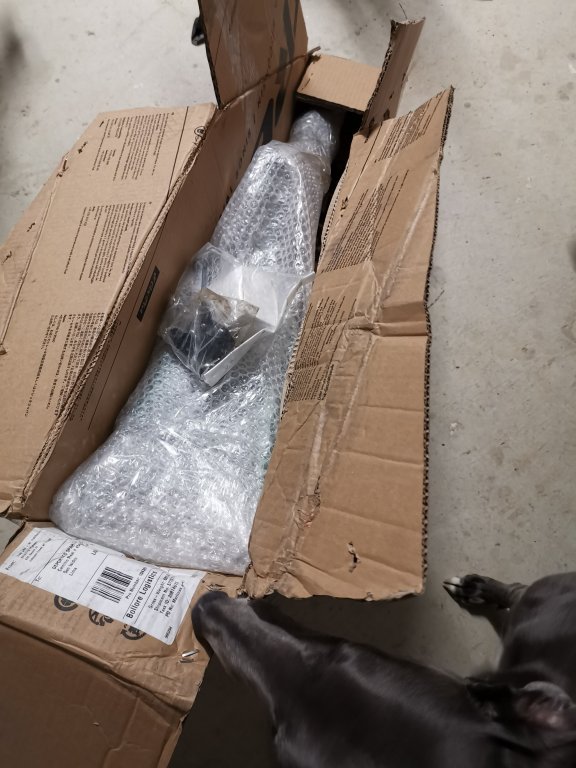 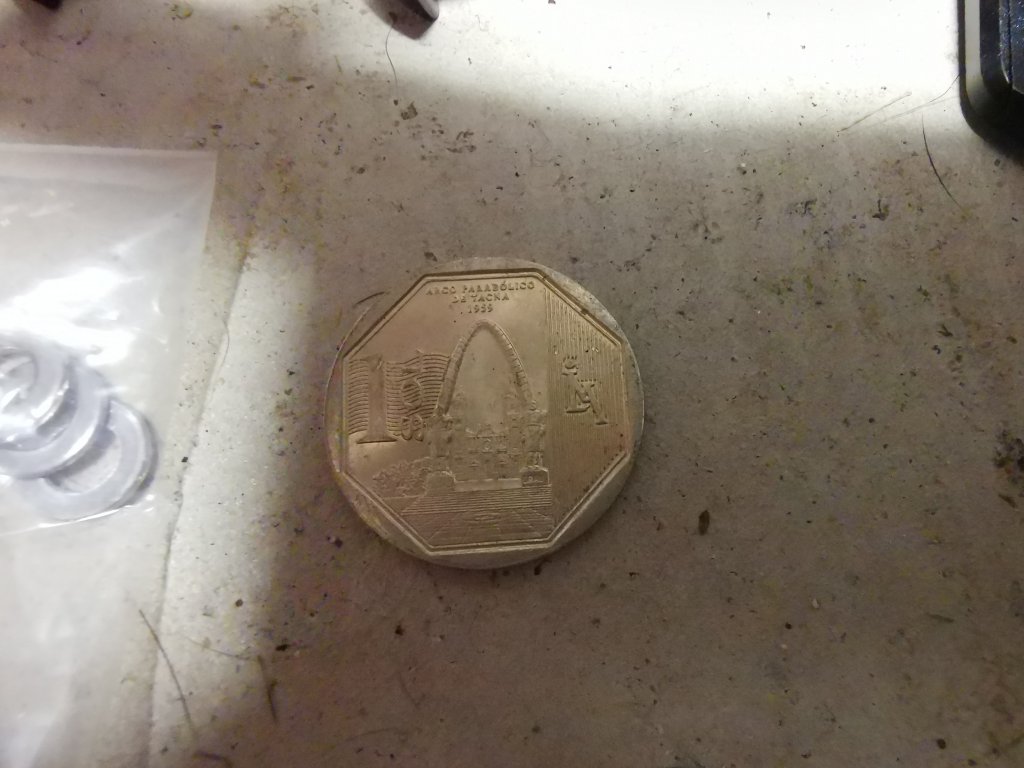 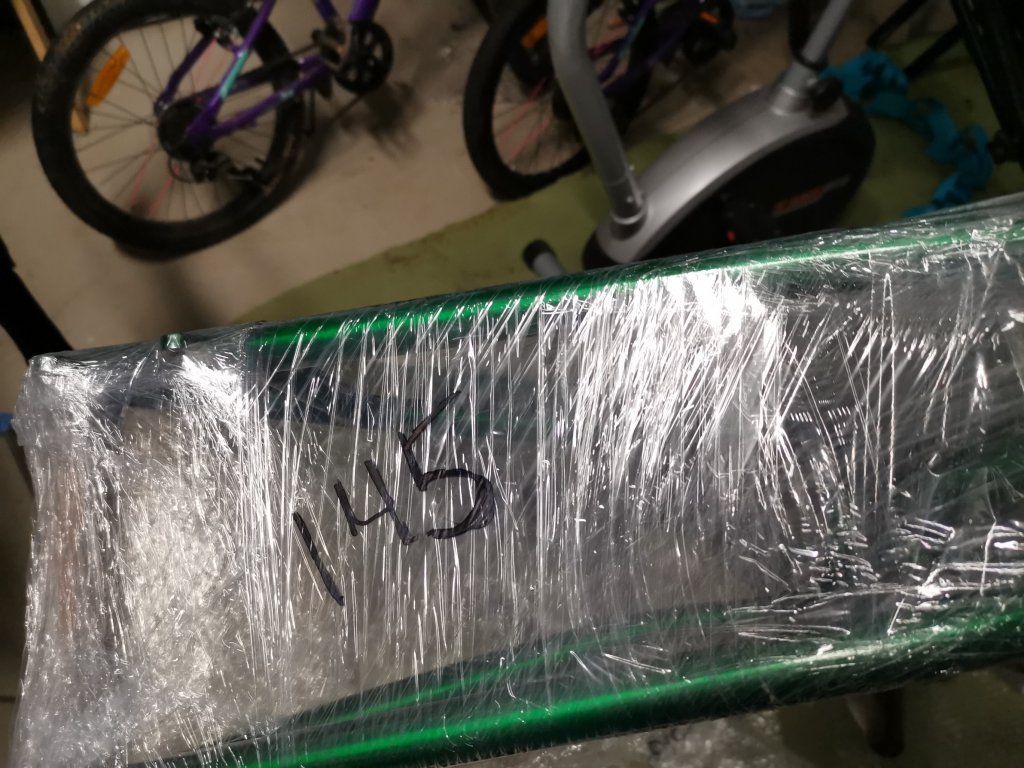 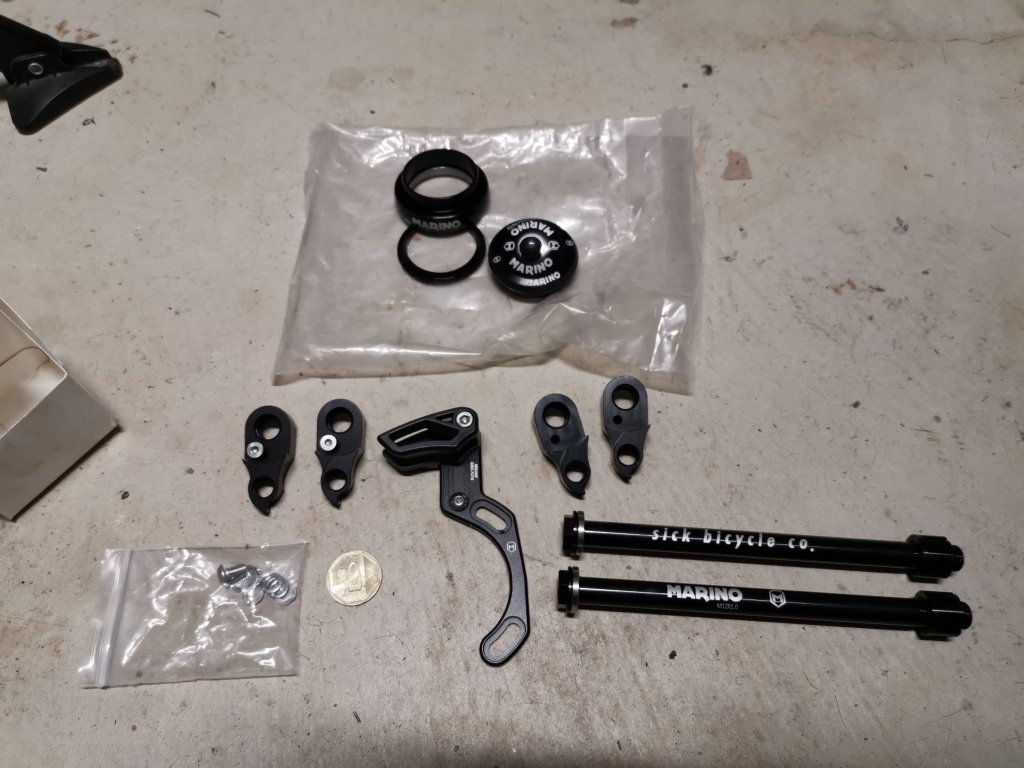 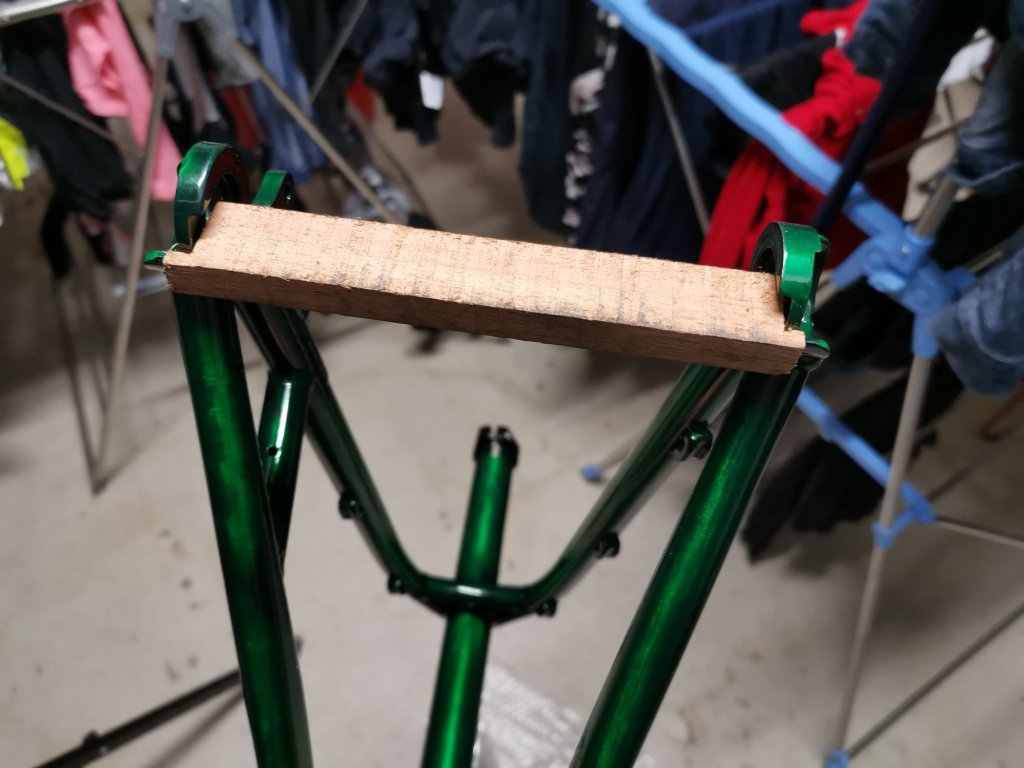 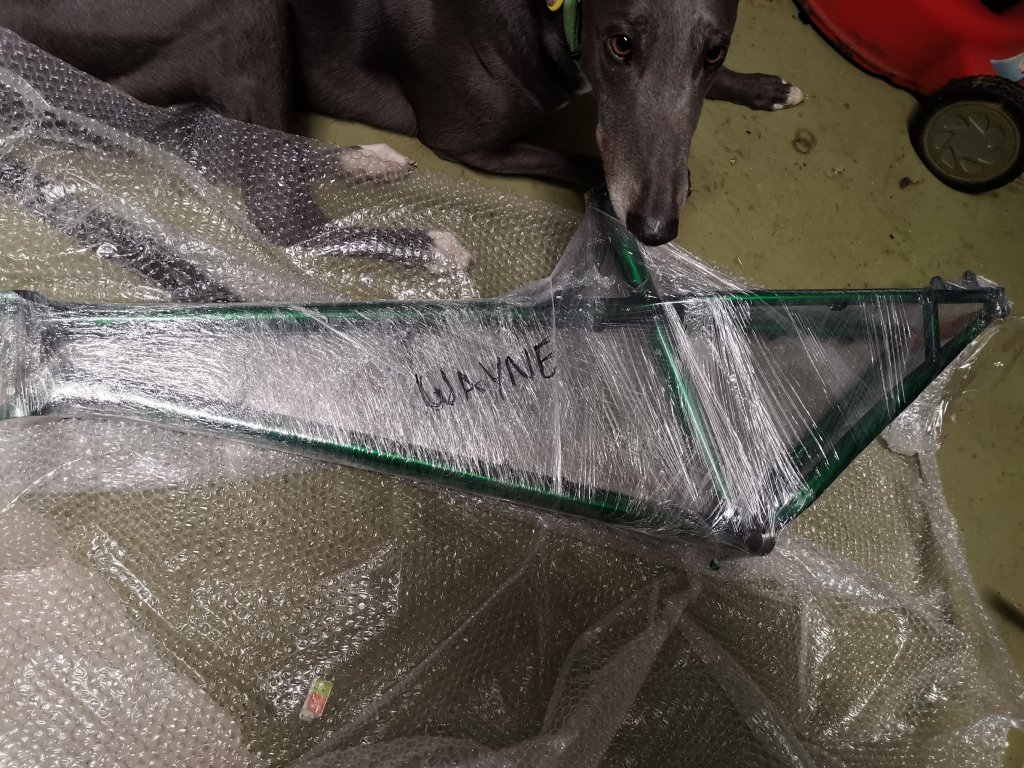 Frame weight seems quite reasonable and I'm sure feels light enough on the trail. Did you opt for the Reynolds 725 tubing or just the standard build?

Good to hear the ride is reasonably compliant too. Might have to do some shopping myself soon!

During the building process that was never actually mentioned.

How tall are you? That looks similar to what I designed... 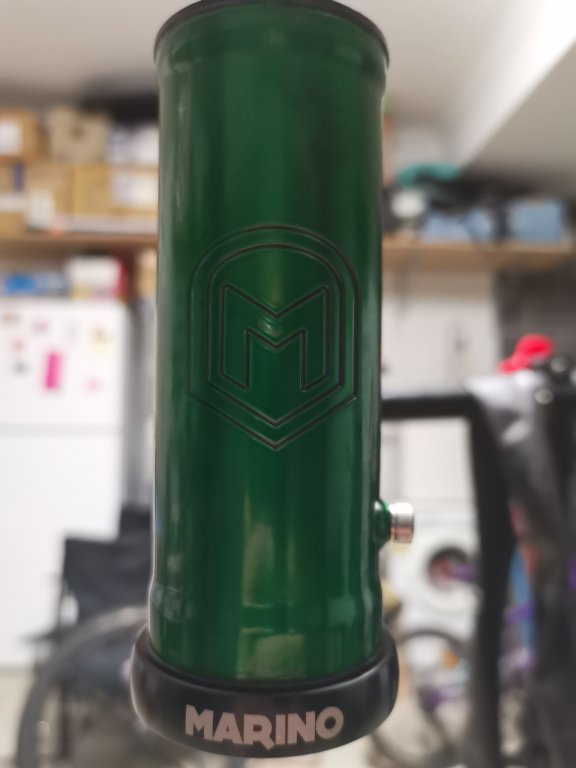 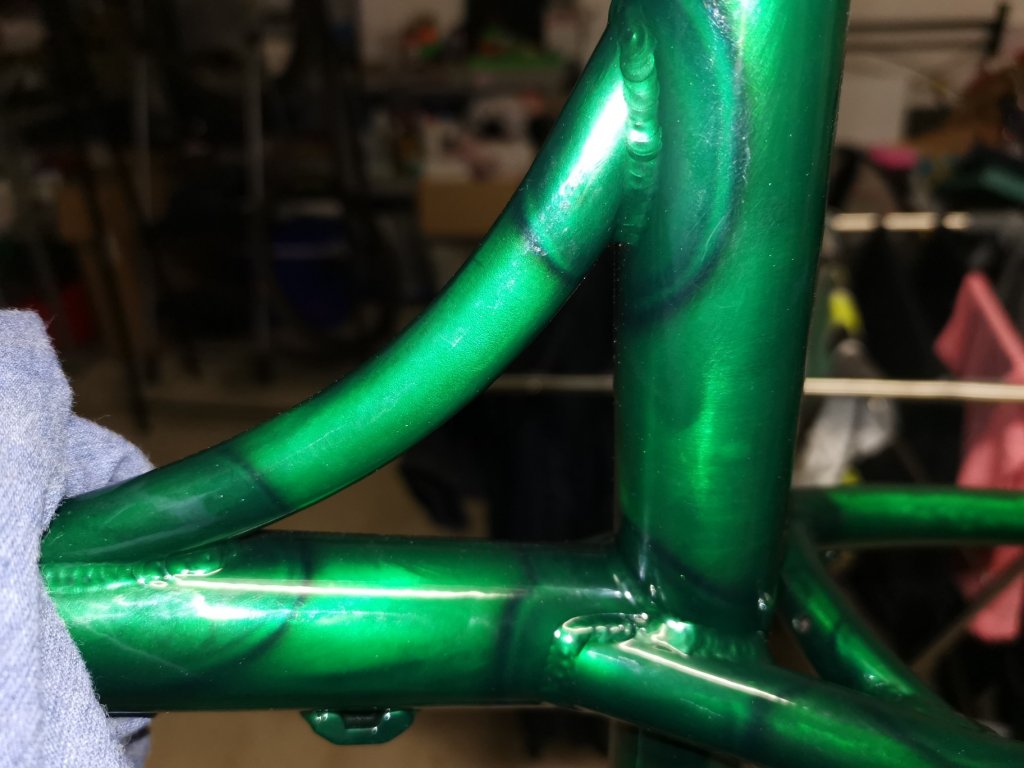 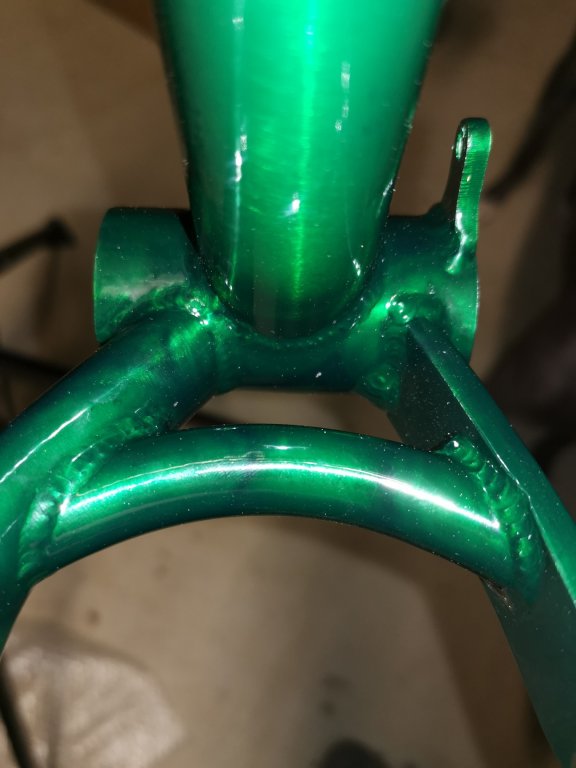 Nice. I wasn’t surprised to see that someone had posted this in Pinkbikes sexiest rowdy hardtail thread.

Did they??! So they should!

wkkie said:
Did they??! So they should!
Click to expand...

Yep. Quite the honour to get your bike posted there.
They’re a discerning bunch.

Jpez said:
Yep. Quite the honour to get your bike posted there.
They’re a discerning bunch.
Click to expand...

I just had a look myself, and there's some nice rigs in there!

Just noticed the drive side chainstay bridge. Love it!

Good that you have a short name @wkkie... not sure how “cokeonspecialtwodollars” or “steve job’s pancreas” would have worked out!

Nice rig too - is there any concern over the missing top gusset as far as strength goes, or do those extra plates on the top and down tube do an equivalent job?

Those plates are gussets

There's definitely a spot for this in the matchy matchy thread

Ultra Lord said:
Those plates are gussets
Click to expand...

Yes, but not how @wkkie wanted them it would seem.

Nambra said:
Yes, but not how @wkkie wanted them it would seem.
Click to expand...

Yeah, you can see in the original plan above the gussets were meant to be side plates. Instead they put the current gussets on.

It wasn't such a big issue that I was going to make them scrap it, and they were good enough to take some of the price off, so I just left it as is.

Those gussets look heaps cleaner than side plates! Got a nice bmx look about it.

caad9 said:
There's definitely a spot for this in the matchy matchy thread
Click to expand...