Version 2 because version 1 was the same frame in blue/orange built for my mate, also courtesy of @beeb.

Wasn't intending to obtain this frame now but I asked SWMBO & she said yes Who am I to look a gift horse...

The build kit is odd, all carried over from the Ripley & I was going to build the Ripmo with a 150mm fork & non-offset headset but here I am.

The weather sucks (in a good way) so I've not had a chance to take it on the trails yet but with the 140mm fork plus the offset headset there are two things going on:
I've got a set of blinging Raceface Next SL cranks I could have fitted, but (a) they are 175mm and being carbon, really shouldn't be smacked into shit and (2) I don't have a BSA threaded BB for the 30mm spindle.

I did, however, have a set of ratty old GX 11 speed cranks knocking about so I took to them with a Dremel, sandpaper & Meguiars metal polish to give a polished alloy with black frame look, which suits the wheelset perfectly. And they are 170mm, giving me precious clearance.

God knows, this might be a disasterous combination but I can always grab a Cane Creek Hellbender standard headset for just over $100 and throw a Debonair 160mm air shaft in the fork if it doesn't work.

I always wanted to build the Ripmo as a trail bike anyway, keep the front end low(er) and the weight down. These frames are normally paired with wider rims and at least a 2.5 front tyre so I'm already going a touch racier as it is. For me, I loved the Ripley but that rear end was a touch flexy & certainly didn't like repeated high speed hits. And was also "old school" geo...but I got on with it well. I just found it a little hard to let the brakes go & allow it to go loose on the hairier descents. 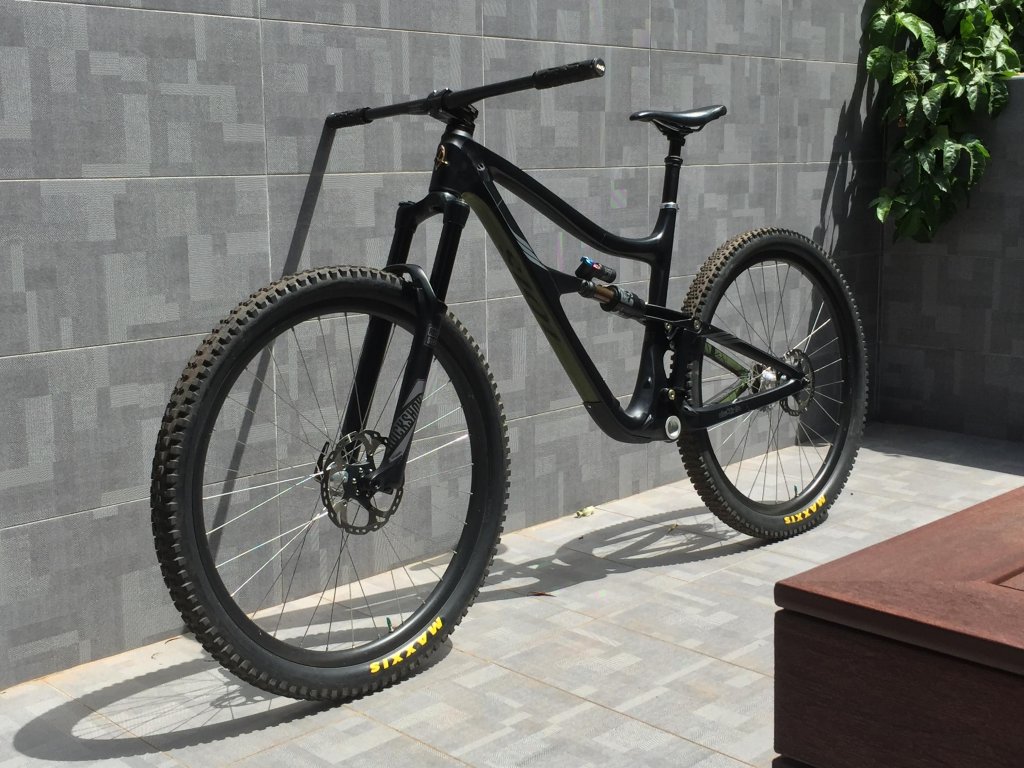 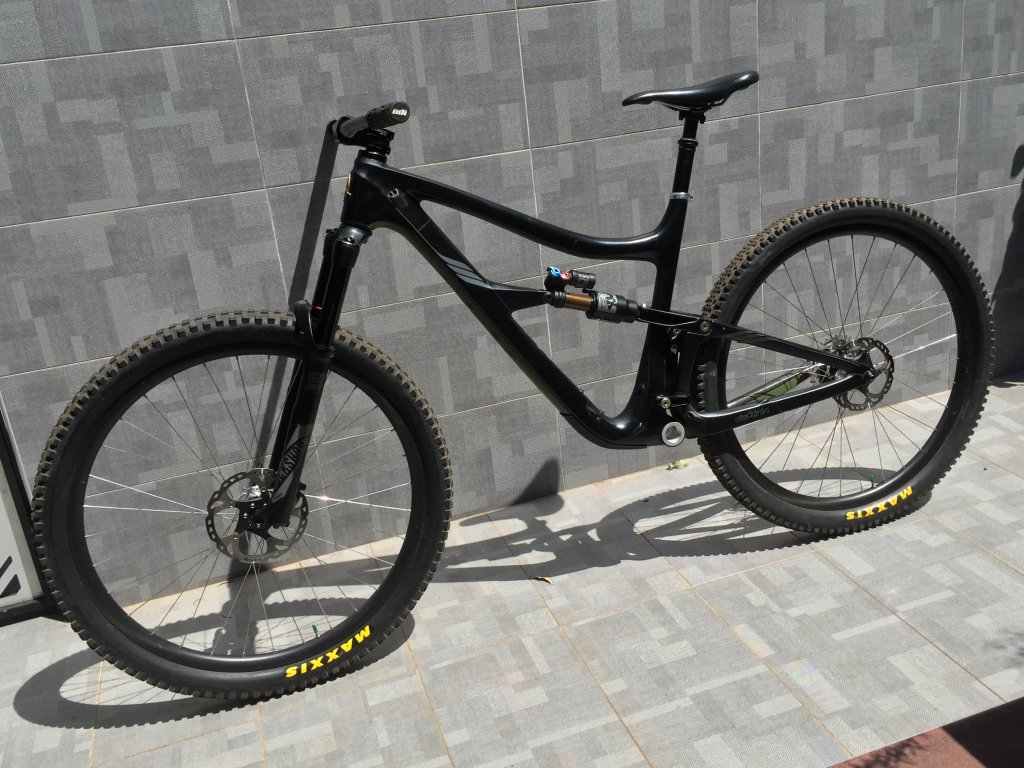 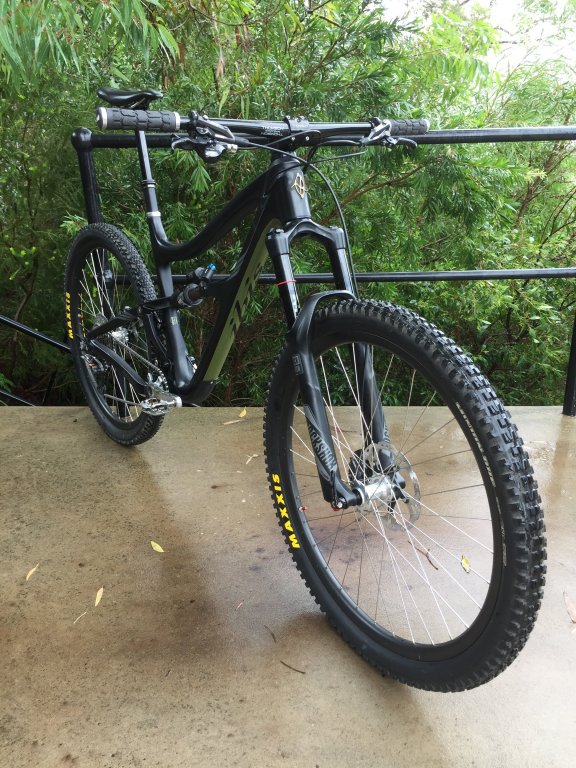 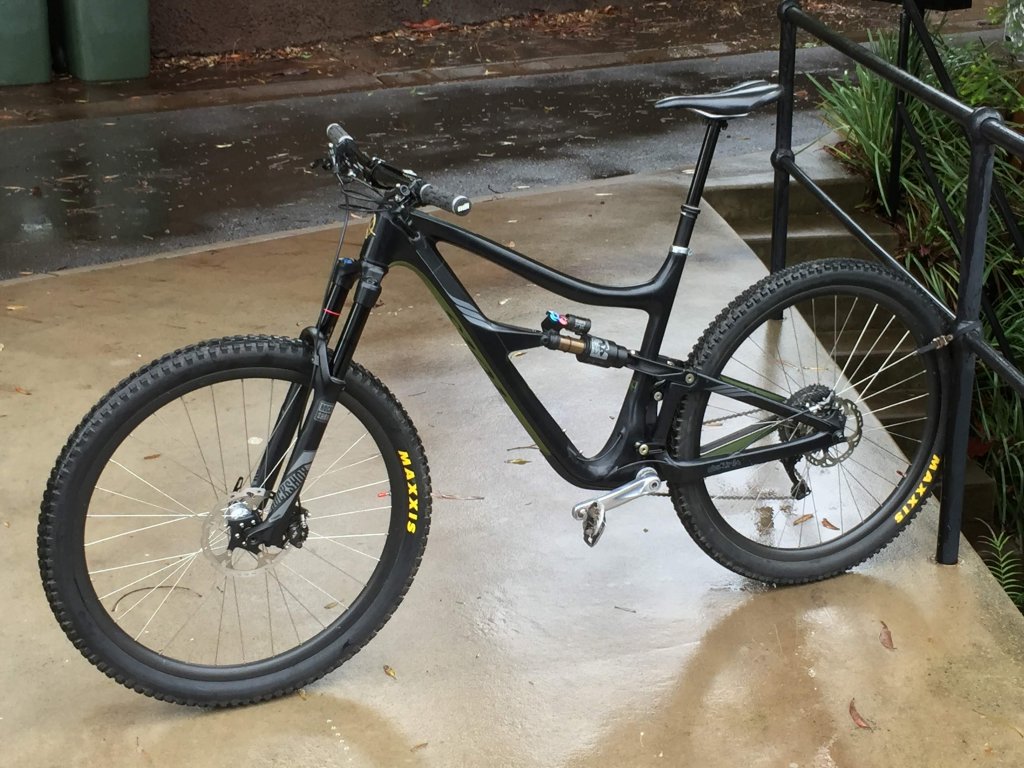 Very nice BikesAndStereo....very, very noice.
The Ripmo is such an awesome frame. There's a real sweet spot at the "Trail" end of the Enduro bike spectrum (IYKWIM)....and the Ripmo is right there. It's the everyday enduro bike.

I reckon this would be perfect for it - both aesthetically and to better match the mega-super-uber shock on the back(??): 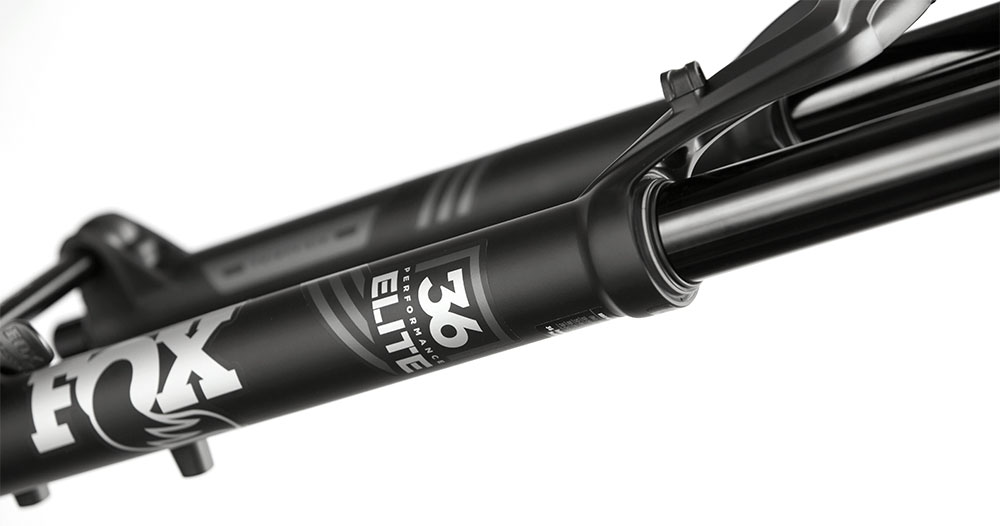 I won't get that past SWMBO! I'm confident the Debonair air shaft will marry up nicely anyway. The Pike is still a nice fork, maybe not as stiff as one would want for an enduro bike but that's not what I'm building.

It came down to this (Ripmo) or Ripley v4, I decided I could dumb down a Ripmo and grow into it.

And the Ripmo is still the king:

Nice!
A mate of mine has a blinged up Ripmo and from the few times he's allowed me to ride it I'd certainly say that it's the best "all mountain" bike I've been on. Can handle just about every type of trail.
Yours looks ace so hope it keeps you having fun

I agree with B-A-B, the Ripmo is the bike most Enduro bro’s should have. It’s the bike I want!
Longer travel and genuine pedalling ability, yes please

TBH, if it couldn't accomodate a full sized bottle inside the triangle I would write it off my list.

That water is better down low too, right?
T

hifiandmtb said:
I won't get that past SWMBO! I'm confident the Debonair air shaft will marry up nicely anyway. The Pike is still a nice fork, maybe not as stiff as one would want for an enduro bike but that's not what I'm building.
Click to expand...

I thought 150mm was as far as the Pike 29" could go? This was due to bushing overlap. Anyway, that's a lovely looking bike, fingers crossed it's not too low.

Not that I know of - here's the part number:

I'll be running the fork with at least 25% sag regardless.

Nice one. You are going to enjoy messing around on that one around Loftus and Mill Creek.

Is this really an XC bike though?

Ultra Lord said:
Is this really an XC bike though?
Click to expand...

It is about 3 years from now.

Love the first shot with the flat bars and no brakes, shifter, dropper, etc. Looks so pimp all bare like that!

Same scheme as mine - 'cept why no polished Hope cranks? Normally, when someone asks me what bike I’d recommend for them, I start off by asking a series of questions to start narrowing things down. What sort of rider are you? What terrain are you normally riding on? Now, I just skip all that getting to know you business and just say, “Get yourself a Ripmo.” Retiring from XC racing? Get a Ripmo. Former DH racer? Ripmo. Recovering roadie? Same answer.
Click to expand... 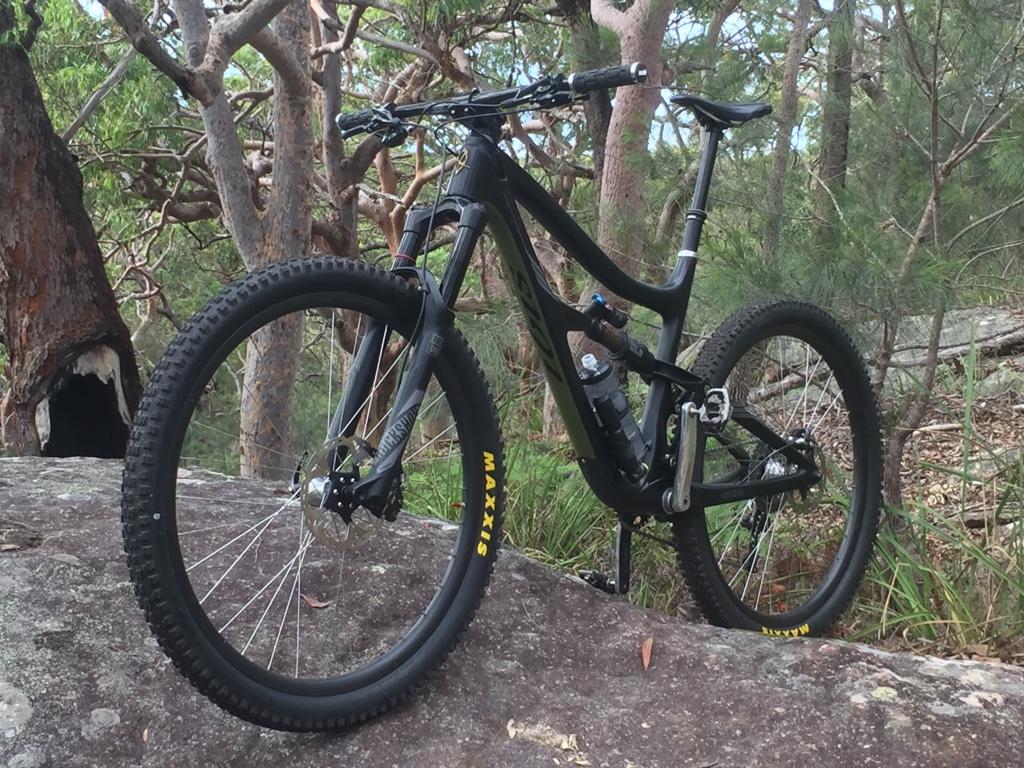 New bike day! Impressions so far.
. Feels slack & relatively ponderous on flat tarmac, but once on the trail comes alive
. Front end is too low, by about 10-15mm, which coincidently would be fixed with a 160mm air shaft
. BB height is a non-issue, but I’m running the 140mm fork at 20% sag & am not seeing full travel
. the steep seat tube makes little sense until you start climbing & then it makes all the sense
. boy oh boy does it climb well - so much stability & traction!
. it rips the downs but it will be better when I’ve dialled in the fork height & damper settings
. I can tell the X2 has so much potential but it’s not there yet
. the frame is laterally stiffer than the Ripley but I think the (light for a Ripmo) wheelset stops it being totally “hewn from solid” like my mate’s setup
. the drivetrain & brake build functioned perfectly (I must know what I’m doing

)
. I bloody love it, this is certainly something super versatile that I can adapt & grow into

Looks the business & sounds like it rides like it too. That's a sweet bike you have there!