redbruce said:
This from an Alfa owner.

I have had BMW's and Alfa's (both pre 2004) and BMW shits all over Alfa from any perspective. After 2004 both marques share disaster status.
Click to expand...

My brother was dating someone with an E30 (I think) convertible shed had since new. Straight six.

Had 200K kms on it and I think had had maybe 3 oil changes. He took off the rocker cover and you could hardly tell if it was a single or twin cam - sludge city.

Haakon said:
How does the new SupraimeanZ4 fit into that
Click to expand...

Since watching some of the recent car video's my metadata is manifesting all manner of motorsport.
I particularly like this little beast. 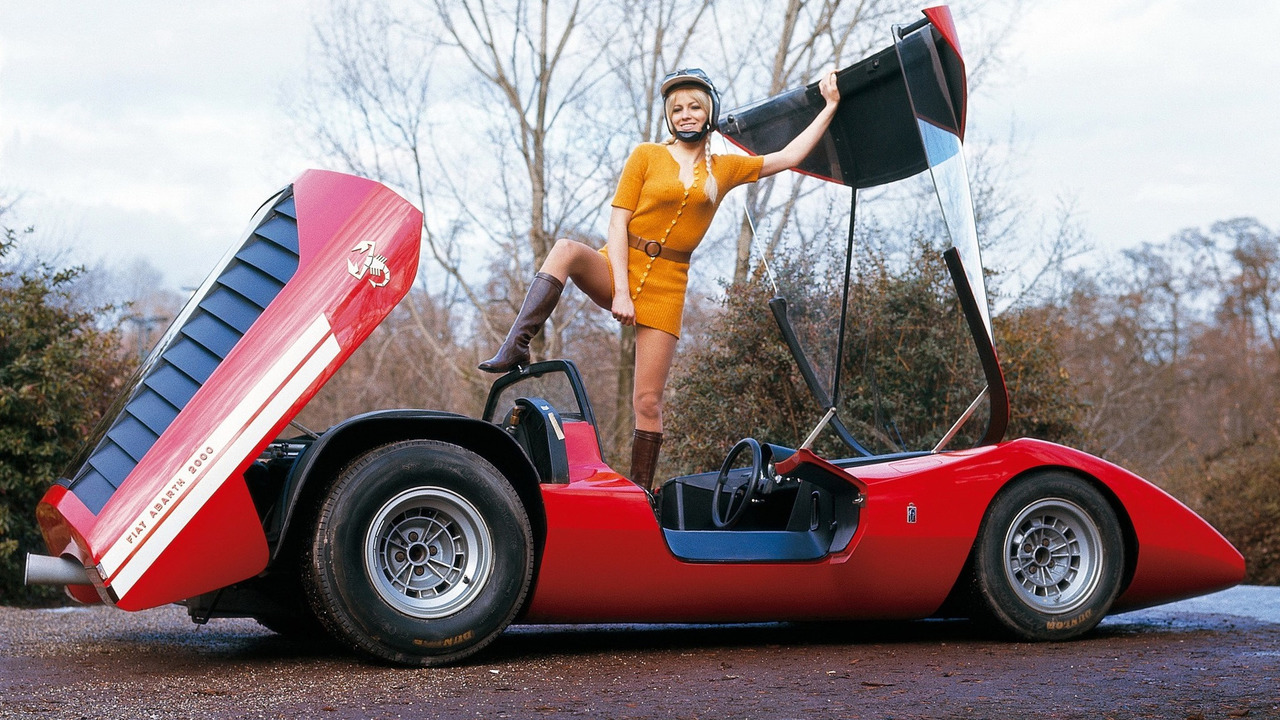 A downright spectacular wedge-shaped one-off with a very light body and an impressive top speed of 175 mph.

I owned a TX Gemini Coupe in the past, they're actually German designed.

Nah, Toyota have made plenty of decent and interesting cars since then. Despite the boy racer image, the current 86 is a good thing, and mainstreaming hybrids was a great achievement. It’s a shame they also make klugers ...

I’ve varying opinions on how much of each brand was in it. Engine obviously is, with a Toyota fuel system. Rear end is Subaru.

Staff member
Another weekend working on the cars.

XR4 got bigger front rotors, a diode back to the ecu so the isolator actually shut the engine off at idle, loooong story. Need a few mods to the roll cage but so very nearly there. Going to trial fit the 3 MPS box to the spare shell and if easy enough that will get into the XR for its first outing after CAMS log books are finalised. 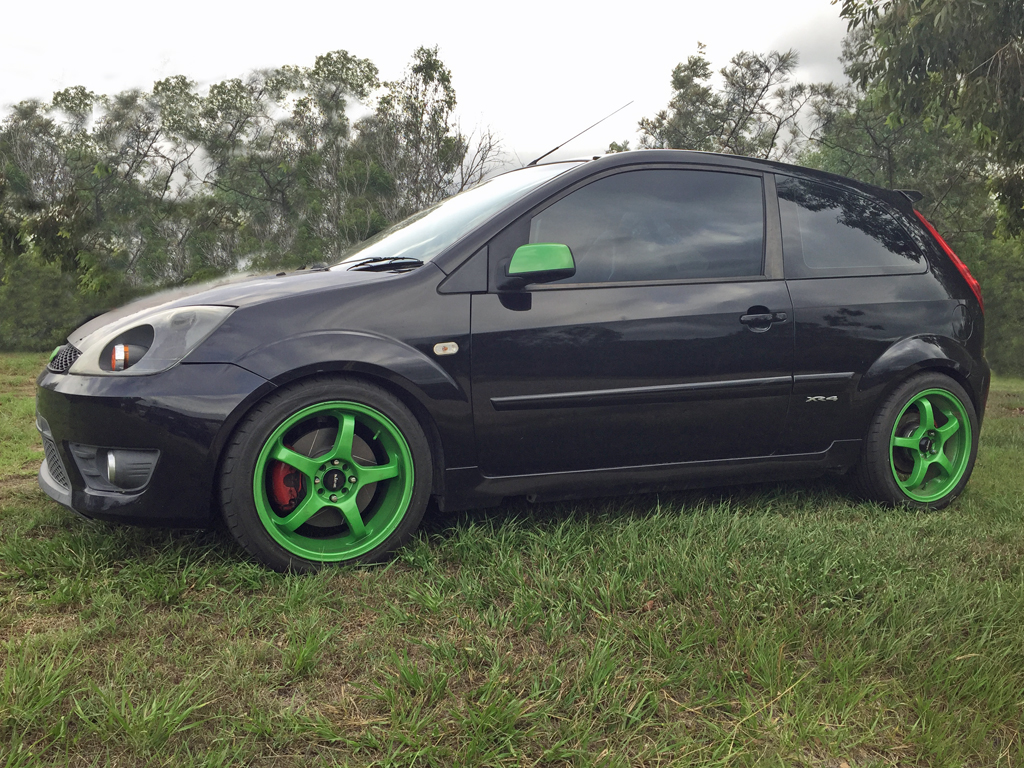 It is not going to be fast at 200hp per tonne but it will be fun. Just testing around my place is great though I guess the neighbours dont think that.

Escort had the engine and gearbox in again for mount set up. Few changes since last time now that the front end is fixed. Needed to drop the engine lower and that means either a modified Gp4 crossmember or I make a new one from scratch. Either is ok. The gearbox is from an NC MX5 and doesnt have individual mounts. I can run a new cross member across the rear of the box and pickup the beam supports on the gearbox with a motor mount. The front engine mounts are pretty striaght forward with chassis brackets and engine plates with isolating blocks on pipe between.

The gear lever falls perfectly to hand and the hand brake from the XR4 is perfect though I will need to mount the seatbelts off the sides of the tunnel rather than the top which was standard Escort.

The steering rack will drop so I will need to change the tie rod connections to correct for the 25mm drop otherwise it will bump steer like a bastard. Same problem as the Gp4 but the other way (lower rather than higher). 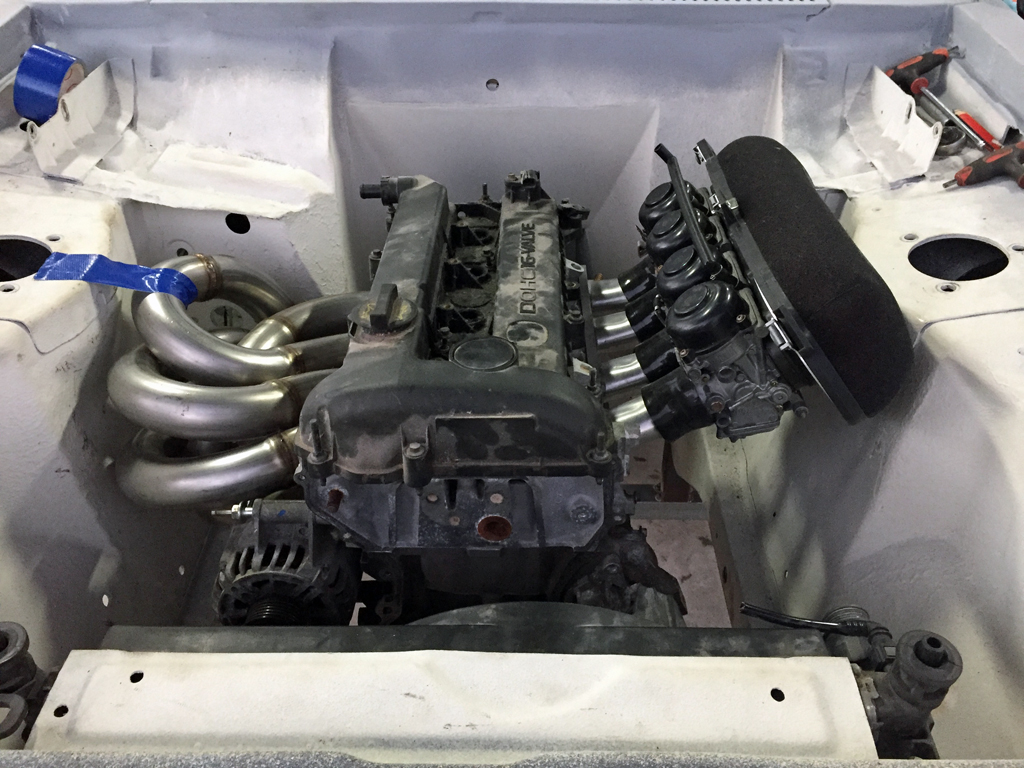 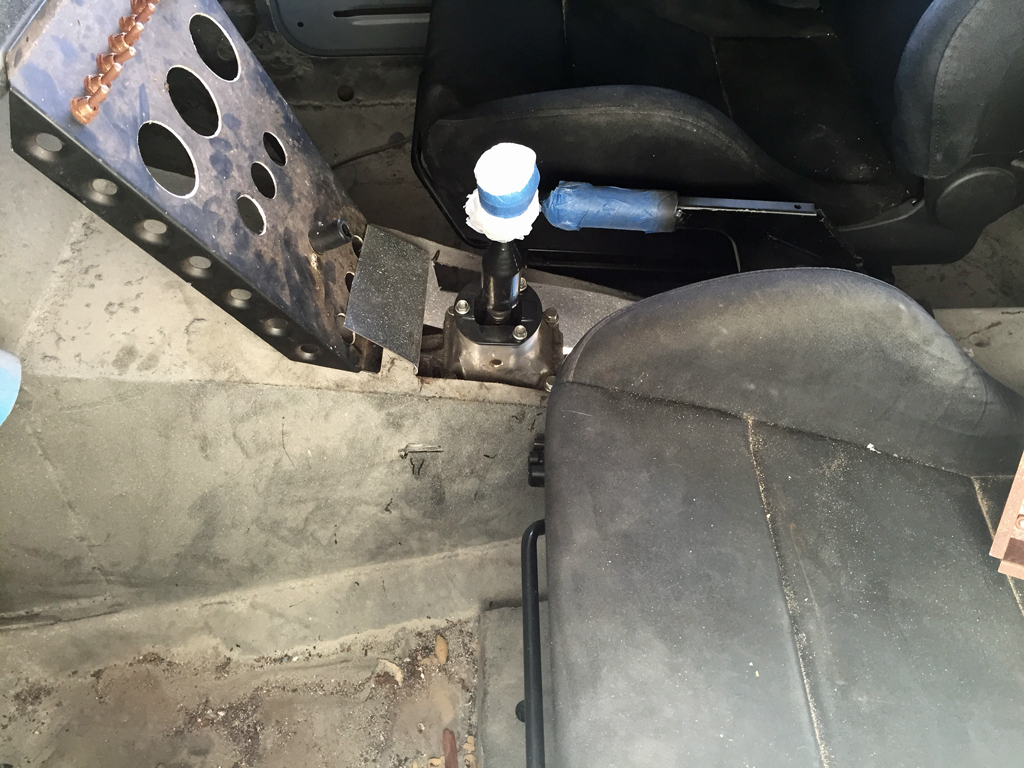 Seats are a touch high so I will make new mounts out of 6mm flat otherwise the inside position is good. Fuse box and wiring is being sorted, again another donation from the XR. And dont worry the 17 trillion switches have been culled to 5. Alternator was potentially an issue because the Duratec has a solid mounted alternator that is ecu controlled. Pretty sure i have that sussed and the alternator can be used pretty much as is with stock Focus idlers, water pump and tensioner.

You do realise how awesome all this fabrication work & general car building is, Dales? I'm impressed!

hifiandmtb said:
You do realise how awesome all this fabrication work & general car building is, Dales? I'm impressed!
Click to expand...

Thanks, I was very rough getting the box in, the previous owner was using a Sierra box which has a long shifter mechanism and the cut out was too far back so I just used the jigsaw and folded the excess up by hand to do the test fit. It will all be welded in properly once the position is confirmed. I think I have found a fabricated pipe cross member that will work and I can get offset steering arms to suit. Just waiting on final dimensions to confirm. Heaps easier than starting from scratch even if it means a couple of weeks dealy while it ships ftom the UK. I have convinced my son the seats should come down a bit so I will make a plate frame up and finish the inside mount.

Seats should always be l-o-w...

Staff member
The pipe crossmember I was looking at turned out to be a no go, only drops the rack 1/4". So I took the cordless bandsaw and angle grinder to a spare OEM mount we had. It no longer has engine mounts, a rear flange or half the rack mounts. Easy once you start butchering! Flipping the steering links on the struts takes up all but 5mm of the drop. Will have to fabricate new rack mount lowers and weld these on and then reinforce the bottom. Best solution.

$160-$200k - USD! The market in the US must be huge to be able to sustain a business with such a specialty and prices like that.

Yeah I reckon. That company is just making money while the sun's shining. Won't last forever...

If they are smart they’ll be working towards electric versions very quickly.